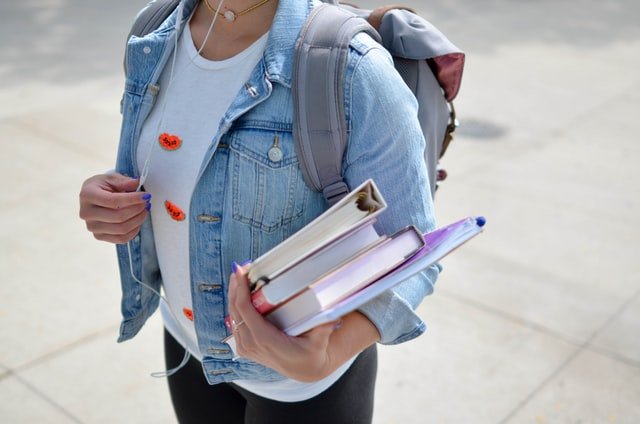 Now in theaters as the first of three installments in revamping the classic film with a new trilogy, KICKBOXER: VENGANCE tells the action packed story of  ‘Kurt Stone’ (Alain), who is seeking revenge for the murder of his brother by the ruthless Tong Po during a brutal, no-holds-barred combat tournament in Thailand. Devoting himself to a life of training with a master in multiple martial arts styles, ‘Kurt’s’ quest for redemption and revenge leads him on a path to not only right the wrong done to his brother, but to also restore respect and honor to their family name.

Beverly Hills Magazine: When did you discover your passion for martial arts?

Alain Moussi: As a kid I always enjoyed watching action movies. When I was 10 years old I was watching Bloodsport at a friend’s house, and I thought the moves were amazing. The kicks, the splits, all of it. I also really connected with the teacher-student relationship. After that, my parents registered me for jiu jitsu and I was hooked.

Beverly Hills Magazine: How did your career as a stunt double begin?

Alain Moussi: I had been training in martial arts for about 20 years, and I also have a martial arts school specializing in combat Jiu-Jitsu and kickboxing. A friend of mine who is a stuntman was involved in the film 300 and he knew the fight coordinator for the film IMMORTAL that they were going to be filming in Canada. This was my chance. So he was able to get me an audition and it just so happened that I was the same height and build as Henry Cavill the lead actor. They booked me as the lead stunt for him, and that’s how it all started. I had been preparing most of my life for that opportunity and went it came, I was prepared for it.

Alain Moussi: The biggest stunt I did was in White House Down, where we had to do a 25 foot fall. I was suspended 25 feet in the air facing the drop. We rehearsed it over and over again, but there was huge risk involved because of the great height of the fall.

Beverly Hills Magazine: How does fear play in to being a stuntman, and how do you overcome it?

Alain Moussi: I think fear or nerves can be good. They make you aware of risk. If you’re aware of the potential risks involved, you can prepare for it, and safe guard. You have to learn how to use fear to your advantage and fuel it into excitement, adrenaline, and readiness.

Beverly Hills Magazine: How is being the leading man different than the stuntman, for you personally?

Alain Moussi: It means everything to me. I never had the full understanding of what it meant to be an actor. Working with Henry Cavill I had the chance to learn how much of a craft it is and how much work is really involved in acting. It’s not easy, and I always had a huge admiration and respect for actors. When I had the chance to transition, it was amazing. I had wanted to be “that guy” – the hero, since I was a boy. Now I had the opportunity to merge the physical acting with the emotional acting. For me, it was a dream come true. When I was on set with Jean-Claude Van Damme, and we cut, I took a moment to let it all soak in that this was actually happening. I savored the moment. I had set out to do something a long time ago, and with hard work, focus, and overcoming obstacles, I had accomplished it. I thrive on achievement.

Beverly Hills Magazine: What were the challenges of making this film?

Alain Moussi: The acting was the biggest challenge. I’m a rookie. This was a huge hurdle for me. I wanted to make sure that I could deliver. I knew I could deliver the physical but now I also had to deliver a convincing performance with other experienced actors that are heroes to me. They had done major films. I got a coach and I trained for months. I didn’t want to look back and say I could have done more. I put everything I had into it so that when I looked back, I would know that I gave it my all. As soon as we started filming, I felt really good. I felt confident that I was prepared.

Beverly Hills Magazine: What advice would you give to other aspiring stuntmen/actors?

Alain Moussi: Prepare. Don’t wait until the day the opportunity comes. Learn everything you can know now. If you decide to specialize, then be the best. Don’t wait. You’ve gotta be ready and be trained.

Beverly Hills Magazine: What do you think is the key to success in the business?

Alain Moussi: Always striving to be your best. The way you interact with others is also key to the amount of success you can have. When you’re a stunt double, you have to know your place in the chain of command. You are doubling as the hero, you are not the hero. It’s important to remember that. You are there to be a soldier and you’re in a support position, to make the lead actor the best he can be with your contribution.

Beverly Hills Magazine: Do you have a life motto you live by?

Alain Moussi: I believe in the impossible. If someone else has done it, I can do it. I never stopped myself from believing I could do something.

Alain Moussi: I think that all the success I can have, if I can use it to inspire others to do the same, then that’s my purpose. I went to a 3rd and 4th grade classroom to do a 1 hour talk and I had to keep their attention. Inspiring those children was one of the most fulfilling things I have ever done; teaching them to believe that they can become whatever they want to become with hard work and focus.

Known for his jaw-dropping high-kicks, killer precision and natural charm, Alain Moussi has been fighting his way through the entertainment industry where he has quickly risen as the quintessential stuntman and fight choreographer. With over 25 years of experience in martial arts and 30+ films to his credits,  Alain has become the go-to expert to choreograph Hollywood’s  blockbuster action fight scenes.

Born in Africa, Alain and his family spent the first two years of his life between Libreville, and the Ivory Coast before moving to Ottawa, Canada. When Alain is not acting, choreographing fights, falling out of buildings, or running his martial arts school, he enjoys to spend time with his wife Janie and daughter Annabelle at their home in Canada.