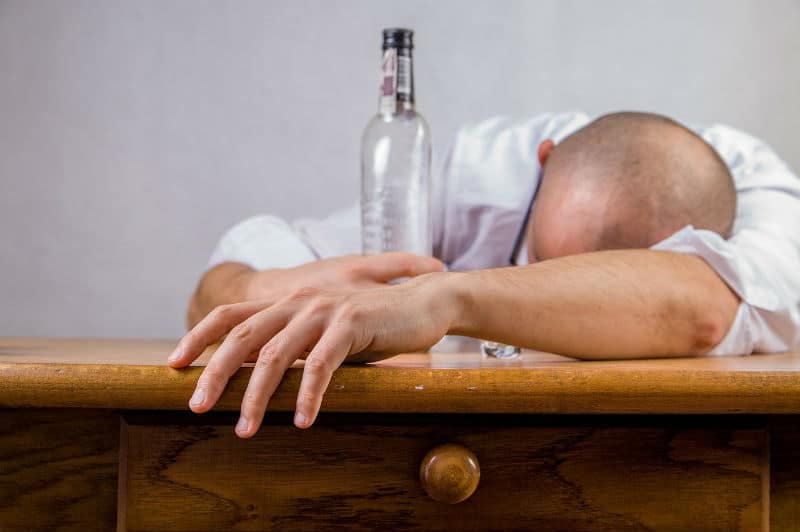 How To Overcome Alcoholism As A Celebrity 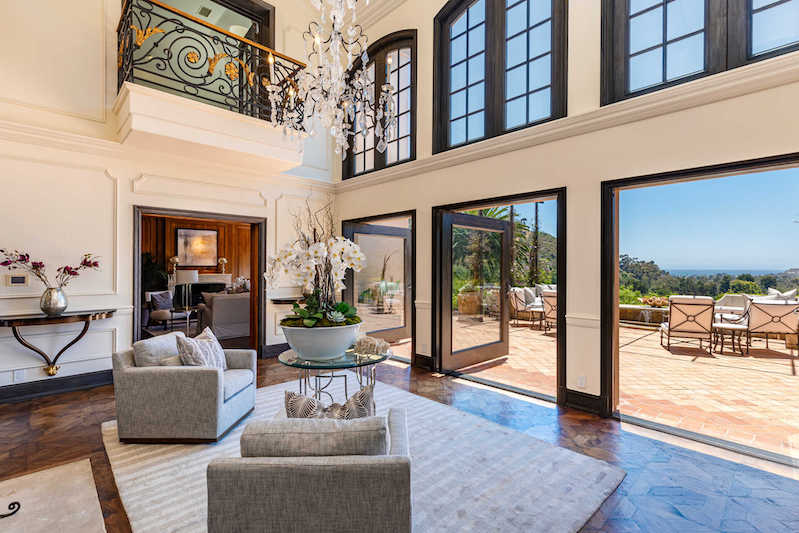 The award-winning multi-talented actor, musician and vocalist Grammer met his former wife in 1996 while she was working for his production company. The pair married in 1997. A year later, they purchased this private, guard-gated French Country home in star-studded Serra Retreat. Camille continued to live there following the couple’s divorce in 2011. In 2015, they sold the mansion. 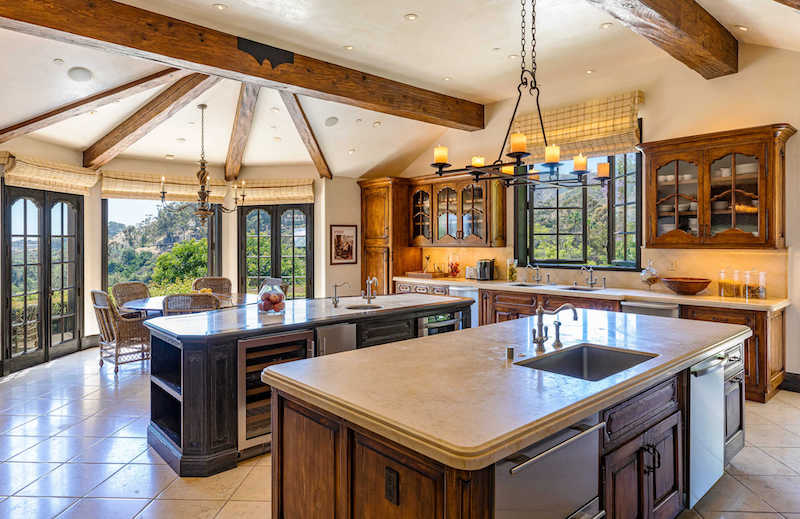 Perched on a terraced hill with ocean views, the main house measures 6,650 square feet. Wolfgang Puck designed the large kitchen which includes an indoor-outdoor dining area. The elegant formal living and dining rooms, along with the two-story ballroom are perfect for holding large functions. Furthermore, there is a wine cellar, large movie theater and wood-paneled library. 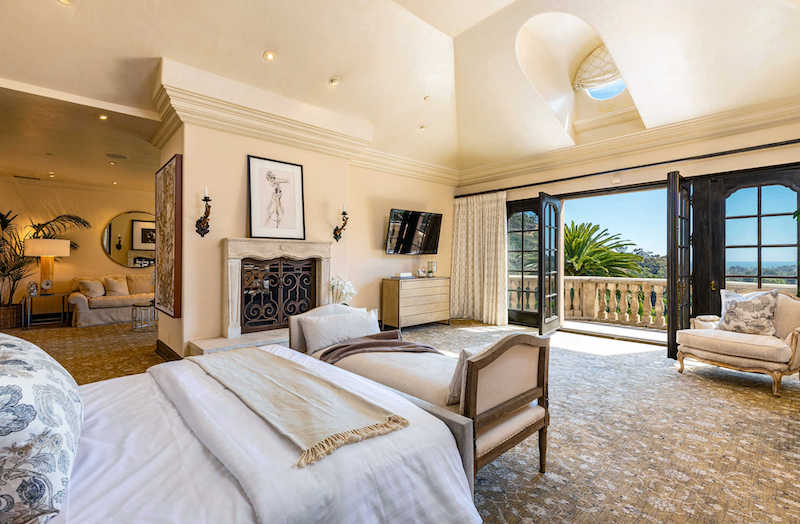 The spacious master suite has a sitting room and private terrace with mountain and ocean views. But the spa-style bath and custom closet are the highlights of this luxury homeowner’s retreat.

Within the 5+ acre parcel, among the lushly planted gardens and lily pond are a carriage house, a security outpost, a variety of outbuildings and staff quarters. This mansion is well-equipped for equestrians with a six-stall stable and dressage riding ring. The free-form, resort-size swimming pool has a bathhouse, two spas, an exercise room and a lighted tennis court.  And outdoor dining is a delight with fresh-picked organic fruit and vegetables from the garden prepared in the barbeque area. Moreover, the fireplace in the dining area makes for a welcome retreat for after-dinner conversation. 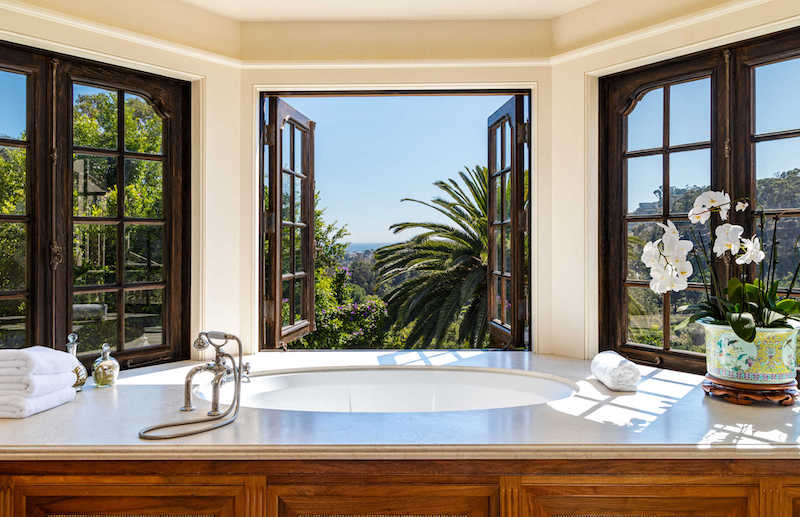 In 19432, the Catholic Franciscan Order purchased the upper reaches of Malibu’s Serra Retreat for $50,000.00. In fact, they still operate a busy weekend religious retreat and addiction-care center there. 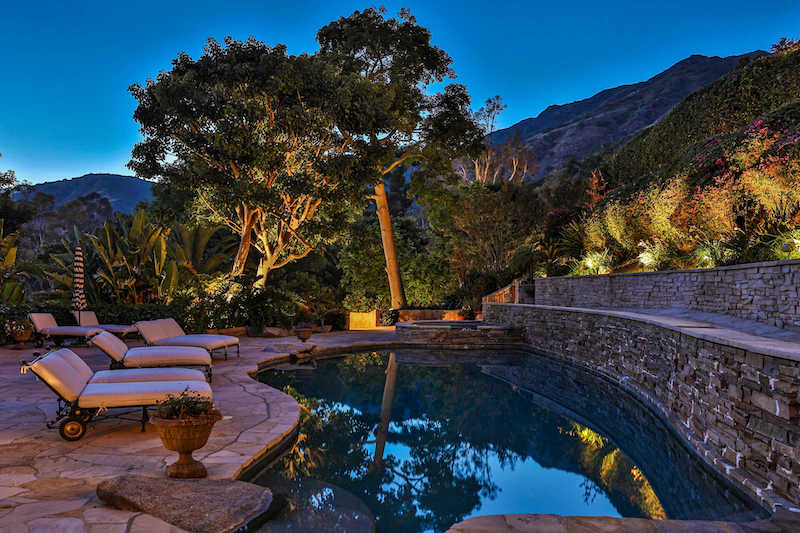 For many years, the nearby area has attracted celebrities and the wealthy who built homes for safe and peaceful living. Indeed, a 24-hour-manned guard house ensures their privacy. Many of the homes have their own equestrian facilities with access to riding and hiking trails. Residents are within walking distance to Cross Creek restaurants and shops as well as the Malibu Pier on Surfrider Beach. Current and former Malibu residents include Mel Gibson, Britney Spears, Olivia Newton John, Matthew Perry and billionaire Larry Ellison. 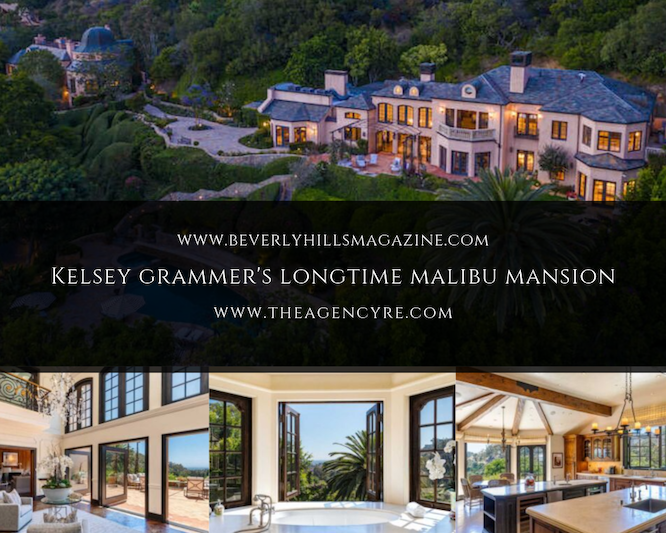 The former home of Kelsey and Camille Grammer, where The Real Housewives of Beverly Hills filmed many scenes, has hit the California real estate market with an asking price of $19.95 million. Listing agents are Sandro Dazzan and Cooper Mount of The Agency, Beverly Hills.