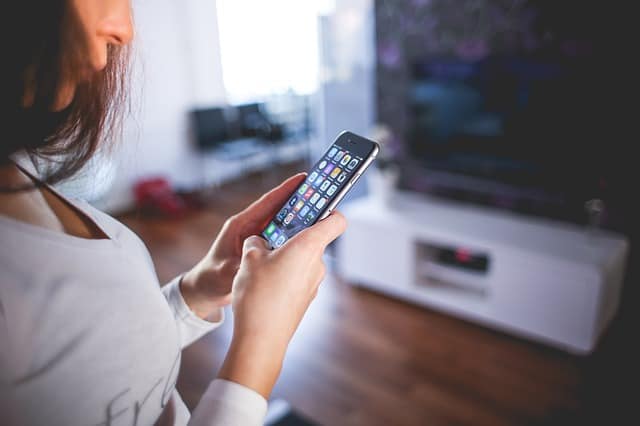 Making An App: Your Best Business Idea Yet?

Nicole “Snooki” Polizzi: Back to the Beach with Jersey Shore Reboot

Same Jersey Shore cast (sans ex-castmate Sammi Giancola), same nickname… new outlook on life. Nicole “Snooki” Polizzi started off our conversation by letting me know that she prefers to be called Nicole. The thirty-year-old married mom of Lorenzo, 5, and Giovanna, 3, was also quick to clarify that a duality still exists in her life: subdued suburban mom by day, Jersey Shore’s outrageously funny Snooki by night. Think Clark Kent versus Superman. Which of Nicole’s personas is the superhero and which is the mere mortal? We’ll let you decide.

During her six-year Jersey Shore hiatus, Nicole Polizzi, has transformed her brand, starring alongside Jenni “JWoww” Farley on the MTV spin-off Snooki and JWoww and on Go90 Network’s, Moms with Attitude. Her lifestyle website, TheSnookiShop.com, sells everything from bikinis to cocktail dresses. Nicole’s podcast, It’s Happening with Snooki & Joey, is a look inside her everyday life, and her social media platforms are all about #momlife and #fitnessgoals.

The Seaside Heights crew is back with their MTV reboot, Jersey Shore Family Vacation. The now thirty-somethings are navigating roommate status and being party pals during this new stage of their lives, as older, successful media personalities and parents. According to Nicole, the cast manages to deliver all of the crazy antics you remember, and as she puts it, there’s no need to re-hash old drama when there is so much new fodder that takes place this season on the shores of Miami Beach.

Beverly Hills Magazine: When you look at old footage from the early seasons of Jersey Shore, do you recognize that girl?

Nicole “Snooki” Polizzi: It does feel like a lifetime ago. But if I were to say, “that’s not me,” I’d be lying. You never really lose your personality. Sometimes I am goofy. I like to have fun and I’m outgoing. I’m just not going out to the club and finding men, and I’m wearing underwear now (laughs). Just like anyone else, you grow up, but at the same time you don’t lose yourself.

Beverly Hills Magazine: In an interview your dad gave years back, he said you had always wanted to be famous and that he figured if he gave you his blessing to do Jersey Shore, you would get it out of your system.

Beverly Hills Magazine: Where would you be today, in life, in love, in career, had Jersey Shore never happened?

Nicole “Snooki” Polizzi: I probably would still be living in upstate New York by my mom. I was going to school to be a Vet Tech, so I’d probably be working in an animal hospital somewhere. But I honestly don’t care. I don’t even want to think about that, because I wouldn’t have my husband and I wouldn’t have my kids. It would be a totally different life that I don’t want to think about. The fact that I met my husband during the show is everything. Everything happens for a reason.

Beverly Hills Magazine: Do you still have a love for animals?

Nicole “Snooki” Polizzi: When I decided to marry my husband (Jionni LaValle) I gave up a huge part of my life, which were my cats, because he’s allergic. That was so hard, but obviously my husband is my world. I still do love animals and I do a lot of donations to animal charities. I honestly like animals more than people.

Beverly Hills Magazine: Why was Jersey Shore Family Vacation shot in Miami and not the Jersey Shore?

Nicole “Snooki” Polizzi: We filmed in January and February, so Jersey was still 20 degrees, snowy and cold. That wouldn’t have been fun, going down the shore because there was nothing there and just snow everywhere. We wanted to go somewhere close, God forbid something happens with the kids, I could book a flight and be home. And we also wanted to go somewhere tropical and beautiful. You can’t really beat Miami.

Beverly Hills Magazine: And no spouses, no kids, just the cast?

Nicole “Snooki” Polizzi: Just the cast. I really didn’t want my kids on [the show] that much, and I didn’t want to take them out of school. I didn’t feel it was worth it. I think Jenni (“JWoww” Farley) felt the same way. Also, we haven’t lived with each other in about six years, so bringing everyone else in would be crazy. We’re always home with our kids anyway, so we all just wanted to get away from our lives for a second and re-live us being roomies again.

Beverly Hills Magazine: What’s the biggest piece of unfinished business among the cast that gets resolved on Jersey Shore Family Vacation?

Nicole “Snooki” Polizzi: Personally, for me, I’m so over the drama. I’m thirty years old, I have two kids. That’s what I worry about now, not petty shit from when we were drunk and fighting. For me, I went in forgetting everything and having a clean slate with everyone. I don’t think anyone resolved any past issues from six years ago. I think we were all just so grateful for the fact that we got this opportunity. We were all like, “If there’s any drama, let’s make it new drama. Let’s not harp on old drama.”

Beverly Hills Magazine: What did Sammi Giancola bring to the Jersey Shore cast that you missed while filming this new season?

Nicole “Snooki” Polizzi: The fact that she wasn’t there, obviously it feels weird that one of us is missing. It didn’t feel whole. But that was her own choice and we didn’t want to push her. We respected it, and she was fine with it. We did it without her, but it didn’t feel the same.

Beverly Hills Magazine: Why do you think your friendship with Jenni “JWoww” Farley has remained as close as it is today?

Nicole “Snooki” Polizzi: We’re best friends and we’ve been working together ever since Jersey Shore ended. We had our Snooki and JWoww spinoff, and now we have Moms with Attitude (Verizon’s Go90 network) with our kids. It helps that we’re always working together. If we’re not, then she’s doing her own thing and traveling, and it’s hard to see each other. The fact that we still have shows together and our kids are involved, it helps us see each other a lot more.

Nicole “Snooki” Polizzi: She’s honest, she’s always there for me and always has my back, and she’s just real. That’s what I love about her. We have the same qualities when it comes to having each other’s backs and being brutally honest at times.

Beverly Hills Magazine: As you mentioned earlier, alcohol consumption fueled a lot of the drama on the original Jersey Shore. How much do you drink these days?

Nicole “Snooki” Polizzi: On the show we like to have a good time together, so being together again, we went out to bars and we drank. We basically tried to do what we used to do, except the hangovers were a lot worse!

Beverly Hills Magazine: Tell me about your lifestyle these days, apart from Jersey Shore?

Nicole “Snooki” Polizzi: Ever since I had the kids I wanted to get healthy and be able to keep up with them and carry them, so I wanted to get healthier and stronger and have a better lifestyle. Ever since I had Lorenzo, that’s been my way. These days I eat a lot of veggies and chicken, good fats, and I do a lot of spin classes, boxing and I have a trainer that I train with four times a week.

Beverly Hills Magazine: What’s something in entertainment that you haven’t attempted and would like to?

Nicole “Snooki” Polizzi: More hosting. It’s fun, because you have to be upbeat and alive, and funny and outgoing. I’d like to do more.

Beverly Hills Magazine: Will you forever hold onto the Snooki persona?

Nicole “Snooki” Polizzi: Right now it’s transitioning to Nicole. Everyone knows that as a mom, I’m not Snooki. It’s more of a brand name now, and that brand is evolving. On the show as Snooki and JWoww, that’s our time away from the kids and becoming us again and having alone time. We’ll always have our nicknames, but we’re not Snooki and JWoww all the time now. When it comes to being moms, we’re Nicole and Jenni. Fans now mostly ask me about my kids, and are really invested in what’s going on with my kids.

Beverly Hills Magazine: How has motherhood shaped who you are today?

Nicole “Snooki” Polizzi: Before the kids, I never really had real responsibility. I was always traveling and waking up late, and just living the life that I wanted to live. Once you have kids, it’s all about them. It made me grow up, because I wanted to. And it made me a better person. I think every mom would say that.

Beverly Hills Magazine: Explain to me how it feels to be a woman who was adopted, and now having two biological children of your own. What has that given to you?

Nicole “Snooki” Polizzi: Being adopted was never really a struggle for me. My parents are my parents, period. But I always had a problem with feeling like, “Oh, I don’t look like anyone and this sucks.” When I had my kids, they looked like me. They’re my twins! It filled that void of me always feeling like no one looks like me, and feeling weird about that. If anything, I feel blessed that now other people look like me in my family.

Beverly Hills Magazine: Tell me about your podcast, It’s Happening with Snooki & Joey.

Nicole “Snooki” Polizzi: My podcast is me talking to my best friend about pop culture, about what I did that day, my obsessions of the week, healthy tips. I do the podcast with my best friend, Joey. It’s fun to have an amazing gay co-host, because we’re both outrageous. We like to have guests on who are our friends, who people don’t know. I’ll have my trainer on to share tips, and I’ll have other reality stars on as guests. I love having reality stars on because they get it, they have a personality and they’re not filtered.

Beverly Hills Magazine: Who are your dream guests?

Beverly Hills Magazine: How have you stayed in touch with the entire Jersey Shore cast over the last six years?

Nicole “Snooki” Polizzi: I feel like all of us have stayed in contact a lot, and I’ve stayed close with everyone. Just because we haven’t been on the show for awhile doesn’t mean that we stopped talking to each other. We’re always in group chat. We’re always connecting, making sure everyone’s okay and asking what’s going on.

Beverly Hills Magazine: It feels like a family at this point?

Nicole “Snooki” Polizzi: If you’re a fan of Jersey Shore you are not going to be disappointed because we all went crazy! Even though we’re older, we’re still degenerates, so that’s the same (laughs). And I feel like for new fans, they need to hop on board. Even when you’re thirty years old and you have kids, you can still have a good time. Life isn’t over.