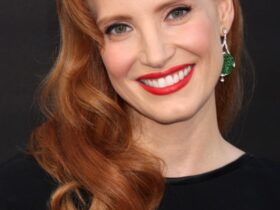 If you own a home, it’s your pride and joy when everything is in a good state both physically and structurally. You need to know when it’s time to get different structures repaired or replaced, and the following is how you can tell that it’s time to replace your roof.

It Has Excessive Damage

If you seem to be fixing your roof more often of late, it’s a sign that it may be time to get it replaced altogether. This is because a good roof should not have a number of different issues running back-to-back, such as leaks, broken and missing shingles, and recurrent breaks and cracks. With about one out of four homeowners saying that they never inspect their roof or have someone infect it unless there’s a problem, it’s important to find out well in advance any issues that may be affecting it. If you have it inspected and the roofing contractor lists a number of issues with it, it would be a better financial decision to have the roof replaced rather than try to repair it.

The Roofline is Sagging

A sagging roofline may be a sign of trouble to come sooner rather than later. This is because it indicates that the structural aspects are failing, and this can only spell doom. Rather than have it fail one day when you’re least prepared, it’s good to replace it the moment it starts to appear visibly sagged when you look at it from the street.

It’s at the End of Its Lifespan

All things have an expiry date, and while we would rather not have this be the case, it’s true even for the roof and other parts of our buildings. If it has reached 20 years, this is the general length of time for which it was made to last, so you need to have it replaced. When it gets to this stage, it will develop constant issues and still fail even if you have them fixed. To avoid having to undergo the double cost, it’s important to replace it when it starts acting up and has been covering your home for the period it was meant to serve.

It Has Moss and Water Damage

Another sign that you need to replace your roof is when you can see moss and mold growing on it. These thrive on moist areas, so having them on your roof shows that there is some moisture trapped on your roof, and this shouldn’t be the case. If there is also water damage on the inside of it, with bulges and stains on the ceiling, you need to have it replaced immediately before it fails and leaves you with a costlier housing disaster to fix.

It Has Storm Damage

Finally, if you live in an area that’s prone to storms and you experience a particularly bad storm, you need to have your roof inspected. If there are signs of severe storm damage like a large number of missing, broken, or punctured shingles, it’s going to be better to replace the entire roof because fixing it may be expensive and won’t restore it fully. With roofing replacements making up 94% of the entire volume of roofing projects in North America, it’s clear that many people are seeing the importance of replacing their roofs for one reason or another. This will make it easier for you to find a good roofing contractor to work with from references from friends, family, and neighbors who may have had their roofs replaced recently.

If you have seen any of the signs listed above, it’s important for you to plan on replacing your roof as soon as is possible. Doing this will save you the time and money you would have had to spend to fix worse damage, which is what will eventually occur if you ignore your roof for long enough.