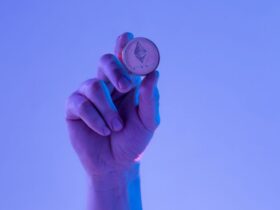 Everything To Know Before Starting Ethereum Trading

Futurist Mark B. Barron believes he has the solution for the Gun issues in America. A safety advocate for over 30 years and a resident of Bel Air California, Mark has invented and brought to market such safety products as the S-1 GARD for transit buses (which was featured on CNN Headline News), the MDZ Shield for school buses, and the Chemo Cap, his alopecia-preventing cooling cap for cancer patients. He recently announced his patented on-demand delivery service, Consumeron, whose incorporation of mobile telepresence essentially allows consumers to shop remotely, getting anything, from anywhere, anytime.

Now Barron is developing what he calls the new Hyperconnected Gun Safe which is designed to curb the nation’s gun violence epidemic by encouraging responsible gun ownership, while giving law enforcement a way to more easily enforce existing gun laws. While Barron favors gun control, he is also a pragmatist, explaining “the Second Amendment isn’t going anywhere. So we have to shift the focus from gun restrictions to putting the burden of responsibility on gun owners. The more guns people have, the more responsibility they have to have.”

His Hyperconnected Gun Safe is an affordable, mounted, armed, internet-connected gun clip which gun owners can secure and keep tabs on their firearms, from any location and it looks like this:

Each gun is assigned by serial number to a holder, whose electronic sensor lets the system know when that gun has been removed

Underscoring the need for such technology is the unfortunate reality that developments in the gun safety realm have been eschewed for decades by gun manufacturers. These innovations have mostly involved “smart guns,” trigger-identification systems that prevent a gun from being fired by anyone other than its authorized user, using RFID chips, fingerprints, personalized grip patterns, and the oldest iteration, magnets. However, whereas in other industries, such as the auto industry, lawsuits and regulations have forced makers to improve products’ safety, gun makers have been exempt.  So Barron’s aim is to work around them, as he did with the S-1 GARD and MDZ Shield. After finding institutionalized complacency in the bus OEM industry, he took his products to the transit agencies and school districts who find themselves responsible for injuries or deaths caused by the rear-wheel rollovers these safety products aim to mitigate. With decades in the safety business, Barron knows the best way to enact reforms, and he believes that for gun safety, he once again has an effective solution.

Barron’s Proposed Gun Safe Legislation is quite simple:  If a person is found with an unregistered firearm in their possession or not reporting a missing firearm, they will be sentenced to 1 year of highway clean up and wear a jumpsuit with what crime they have committed on the back during the highway clean up.

Mark B. Barron is determined to see his vision come to life and has met with Piers Morgan from CNN to see that his new gun safe is shown on CNN for the world to see and how everyone can use it for their own safety. It is estimated that there are guns in half the homes in the United States. Although most of these guns are purchased for safety reasons, a firearm at home is much more likely to injure or kill a family member or friend rather than an intruder.  Weapon storage is crucial, and if a gun is stored properly, it can make the difference between life and death. Tragedies occur on a daily basis involving unlocked firearms that are easily accessible to anyone including young children. Gun safety begins with you, the adult: be responsible or pay the consequences.

Barron is a big fan of CNN and Piers Morgan and was in New York at the Carlyle Hotel to support Piers’ new book Shooting Straight: Guns, God, Gays and George Clooney.  He was also in New York to discuss his new Hyperconnected Gun Safe with prominent gun safety advocates such as Morgan. Other attendees included luminaries such as Matt Lauer, Barbara Walters, Donald Trump, Charlie Rose, and Tony Bennett, as well as Dan Rather, Diane Sawyer, Jeff Zucker, Fareed Zakaria and many more.

Shooting Straight provides a heartfelt account of Morgan’s extraordinary new life and his continuing love affair with America. Shocking, funny, and incisive, it proves once again why Piers Morgan has taken the world by storm and undeniably why he is one of the most talked-about, controversial figures in the media today.