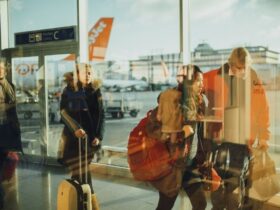 You’re looking forward to buying a new Jeep but you’re a bit anxious about the process. You’re concerned that, somehow, you’ll lose out to others who know how to negotiate better. However, there are equalizers in the form of “incentives” which, if used properly, can get you into the ride that you want, and at a price you like.

Here’s how to use incentives to get the best deal on a new Jeep.

These are regularly offered by automakers to attract consumers to them, and away from the competition. Incentives are also employed to promote brand loyalty or to boost flagging sales.

Incentives can be special lease deals, cash rebates, or low APR financing. At times, manufacturers extend incentives to specific groups, such as new college grads or members of the military.

Here’s more about the types of manufacturer incentives offered:

How Impactful are Incentives?

Manufacturers fully understand that incentives can make the difference between getting a sale and losing one to rivals. For instance, there may be two vehicles you’re eyeing that have similar MSRPs, but the one that has a $2,500 cash rebate will likely be the one you go with.

When Do Incentives End?

That’s up to the manufacturer, so if you see an incentive you like, and for which you qualify, you should jump on it. Websites like Edmunds list the most recent local and national promotions, so you can stay current on Jeep incentives there.

How Do I Go About Taking Advantage of Incentives?

It’s a good idea to first get a final price for your Jeep, then calculate your incentives from there. Sometimes, incentives on new car and trucks distract consumers from trying to gain the optimal overall price. This can often result in dealerships selling vehicles at higher prices than they might have sans the incentives. How? By nudging you to home in on the vehicle’s monthly payment rather than its overall cost.

Also, if you have a vehicle that you wish to trade in, handle that after you’ve agreed to a price for the Jeep you seek. In other words, don’t even mention the trade-in until then. Otherwise, dealers gain an upper hand in that they can better determine what you can afford and whether the vehicle you want to trade in can be factored into negotiations. At best, that can confuse matters.

Ultimately, getting the best deal on a new Jeep means, firstly, staying on top of incentives offered. Then, figuring out what you qualify for, and whether the resulting price and terms are right for you. In the end, there is a good chance that you will find an incentive deal that will get you in a new Jeep of your liking.