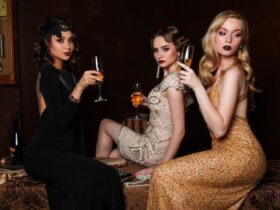 The 4 Great Lessons to Enjoying a Luxurious Life

Whether you’re making a cross-town move and need a place to store some things until you figure out how they’re going to fit in your new home, or whether your current home has simply run out of room and you’ve decided to store non-essentials for the long term, you’re joining a vast number of people across the country who have self-storage units. (Image Credit:  Erda Estremera/ Unsplash)

There are 1.7 billion square feet of commercial self-storage in the United States, and they are crammed with furniture, appliances, sporting equipment, family heirlooms, and endless boxes of old paperwork. With units in high demand, it’s best to reserve your space as soon as you know you’ll need it.

You’ll need an idea of how much you’re going to be storing, of course, so you can select the right size unit. Sizes typically range from 5×5 to 10×30, with the most popular size being 5×10. Even though ceiling heights are usually eight feet, don’t count on stacking things to the limit unless you never want to be able to get at the stuff in the middle or on the bottom. You’ll also want to leave a path so you can access stuff in the back. The last thing you want is to do open that rolling door and be faced with a solid wall of boxes.

Now for some moving tips on how to prepare items to store:

First, Decide If They’re Worth Storing

Putting things in storage shouldn’t be your answer to “out of sight, out of mind” for stuff you just don’t know what to do with. If you’re not under a time crunch, assess things with a clear eye and decide if you’re ever going to want to have them in your daily life again. You don’t necessarily have to do the whole Marie Kondo routine with every single one of your great-grandmother’s souvenir teaspoons, but maybe selling, donating, or giving some items to other family members now is a more reasonable approach than storing them. Storage fees do add up, and you might find yourself spending more on storage than the items will ever be worth. You can always buy a new pair of ice skates if you move back to Minnesota.

Use sturdy boxes and close them tightly to keep items protected. If you’re ultra-organized and have a supply of stackable plastic boxes or bins, so much the better. A lot of storage units don’t have solid ceilings, and significant dust can filter down. Mark boxes with inventories of what’s inside them. This will help not only in deciding what boxes you can stack on top of each other, but will also be invaluable when you later want to find something in the unit.

If you’re storing clothes, be sure they’re clean before you pack them. Stains that you may not notice now have a tendency to become visible over time, and microscopic insects can cause damage, too. If you’re storing upholstered furniture, vacuum it and cover it with tarps or white sheets.

Wrap fragile items in bubble wrap. Even if you’re moving them into the unit yourself and think you’ll be careful, accidents do happen and it would be a shame to open a box later and find that things have broken.

A catalog of the items you’re putting in storage is a must, so make a detailed list as you pack each box. If you’re storing furniture, a refrigerator, or anything else of size, make note of its dimensions so that you know what you’re dealing with when you want to reintroduce it into your home. Taking pictures of those things would also be a good idea.

Draw A Roadmap Of The Unit

Take that list with you when you’re filling your storage unit, and note on it where you’re putting things. It doesn’t have to be more detailed than “fishing gear on top of sideboard”, or “tax records on left side front”, but it’ll save you from having to go on a treasure hunt later.

Now go forth and store with confidence that you’ve done it the right way.