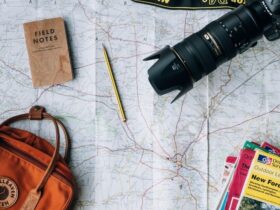 A List Of The Top-Rated Places You Need To Visit

The market value of iron ore has exceeded $112 per ton since 2010 and has come close to the record value of $120 per ton a year ago. Over the past month alone, ore has risen in price by 9%, and since the beginning of the year, the growth has amounted to 21%, while gold added 19% in price. According to Forbes, the cost of iron ore mining by the largest mining companies is $13 per 1 ton, which means that the gross margin at the current price level exceeds 700%. Producers who have operational costs that are significantly lower than the present iron ore pricing are in a good position to capture market share.

Over the past six years, there has been a lot of fluctuation in the price of iron ore. In the previous six years, iron ore prices have varied between a low of $60 per metric ton and a high of $187 per metric ton, according to data from the International Monetary Fund. Prices for iron ore have recently dropped significantly. To reach $67.39 per metric ton between January 2013 and January 2015, the price of iron ore decreased by around 55%. Due to the drop in iron ore prices, some high-value iron mines were forced to close, particularly in China, Canada, and Africa. This decline in iron ore prices may be ascribed to a greater supply of iron ore by the top three iron ore firms and a slower rise in Chinese demand.

The iron ore market has several unique characteristics that draw investors to it. The offer is confined to a select few nations worldwide.:

A modest number of mining firms exist. And one entity, the world’s largest consumer of iron ore and, consequently, the top producer of steel, China, controls worldwide demand. Thus, only two sorts of events may have a significant impact on ore prices: occurrences that have an impact on supply quantities and changes in expectations for China’s steel output.

The majority of investors have traditionally entered the iron ore market via purchasing shares of mining firms. However, investors now have the chance to participate directly in this commodity thanks to the introduction of ore futures on the Singapore and Dalian Commodity Exchanges and the Chicago Mercantile Exchange S&P GSCI Iron Ore index, which describes their behavior. The S&P GSCI Iron Ore index more than quadrupled between 2013 and 2020, although the S&P Global Natural Resources Metals & Mining Index exhibited no discernible changes.

What is the forecast for the development of the iron ore market?

According to the international news agency Reuters, the level of Chinese output directly affects the expectations for the growth of the iron ore sector worldwide. Specifically, on how well China will be able to eradicate the pandemic’s effects and how much money will be allocated to the nation’s economic expansion. The iron ore and steel markets’ biggest problem is timing; increasing investment in infrastructure and building will sate demand and raise GDP to its yearly objective. However, it is currently unknown when these procedures will begin.