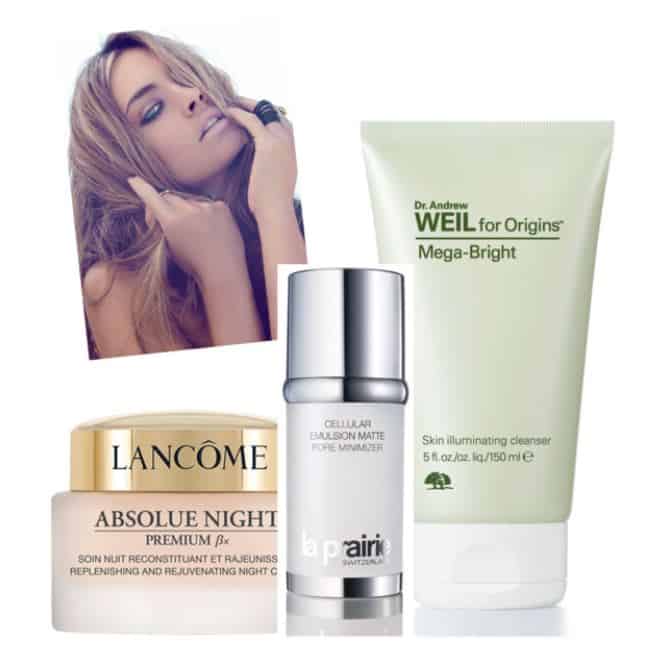 Raven-Symone, also known as Raven Baxter, has been a staple on The Disney Channel since the child actor turned Hollywood renaissance woman debuted her famous character on the hit TV show, That’s So Raven, in 2003. Back then, Symone played a teenager who could see into the future. That extra-sensory ability often landed her in some comical hot water. It’s anyone’s guess if a three-year-old Raven-Symone, who came to national attention as precocious Olivia on The Cosby Show, could have predicted this kind of career longevity? The character of Raven Baxter was given new life with Symone’s second Disney show, Raven’s Home, in which her character Raven Baxter is a woman with two kids, navigating all that comes with single motherhood and forging her own path as a fledgling fashion designer.

Now, going into its third season, Raven’s Home will be tackling some interesting twists and turns as the kids start their own music group, Raven Baxter continues with the launch of her fashion line, and more.

Aside from plenty of interesting guest stars in the third season of the show, Raven-Symoné makes her Raven’s Home directorial debut this season.

Beverly Hills Magazine: At the end of season two of Raven’s Home your character launches a career as a fashion designer. How does that storyline pick up in season three?

Raven-Symone: Raven Baxter has always been a fashion designer since she was in high school (going back to the series, “That’s So Raven”), and she had always been designing her [own] clothes. She did not feel that with her kids she could accomplish a line, and so now she decided to really sit down and make it about her. But as season three continues, the kids’ stories really shine, and Raven Baxter’s line is not as much of a main component.

Beverly Hills Magazine: In what way do the kids’ characters further develop?

Raven-Symone: The kids start a music group. They go into a type of judging competition for that. We start learning more about Nia (played by Navia Ziraili Robinson) and her woman-empowering mission, and how she feels as a teenager. We start to understand Booker (played by Issac Ryan Brown) and see him growing up in school and at home. And we start diving into parenting issues with stepfathers with the mothers and how that whole dynamic comes into play in such a new [un]conventional family.

Beverly Hills Magazine:  Did the success of That’s So Raven give you the cache to have a hand in developing the direction of Raven’s Home?

Raven-Symone:  I had a lot of input from creative to writing to visual. It’s also important, in my position as executive producer, to understand that when you hire someone, you hire them because they know what they are doing. I did not try and say, “I know everything because I was on That’s So Raven.” It’s also a learning experience for me. I’m allowing these masterful artisans to shine through the show with their writing. set design, and all these beautiful components. I directed an episode this season. I’m hopefully going to write an episode this season as well. It’s like a crash course.

Beverly Hills Magazine: Single-parent families and blended families are becoming something of a new normal. There is no conventional family anymore. Was it your idea to play a single mom and to portray this blended family dynamic on the show?

Raven-Symone: It’s a combination of The Disney Channel, the creators of this new installment of Raven Baxter’s life, and myself.  We all had to agree on showcasing a family that is within the fabric of today’s society. It pushes forward the idea of positivity within any family structure, as long as it has love and respect for one another.

Beverly Hills Magazine: Are you going to explore weightier issues this season, of course in a way that is digestible for kids and early adolescents; maybe things from race to sexuality, or kids lamenting the fact that they don’t have a traditional family unit. Will any of these issues be covered?

Raven-Symone: It will touch on the kids’ feeling the weight of mom and dad not being together, and the kids feeling that maybe they want their parents together, or maybe they don’t; all those mixed emotions will be explored. The topics we deal with are within the fabric of society, but we deal with them in a Disney fashion. We want to make sure that we respect the viewers that are watching and their age range.

Beverly Hills Magazine: You’re not yet a mother in real life, but you play one very convincingly on television. You play it with a lot of texture; a lot of interesting notes. Where does that come from?

Raven-Symone:  I built [the character] from my own mother, from (actress and dancer) Debbie Allen, from the mothers that I have seen on TV; from the mothers that I have seen on TV that I don’t want to be, and based on who I want to be as a mother. I know that I am part of that generation where they say, “You are trying to be friends with your kids.” But I’m absolutely crazy and I want my kids to know that it’s okay to be your authentic self every morning, every day. I’ve been all over the world and I really want to take in a little bit of how they’re raising their children, and not putting such a stigma on certain things. It also comes from the way I was raised, knowing my manners, and saying “Miss” and “Ma’am” and “Mister.” Even today, my mom has to remind me, “Raven, you’re thirty-three. Stop calling someone who is forty ‘Mister’ or ‘Miss.'” I can’t help it. But I run into some kids and they’re like “Hi Raven.”

Raven-Symone: Yes! I’m like, “I’m thirty-three and you’re twelve. I am Miss Raven.” I am programmed to act in a certain way. And then you encounter the new ways of living in our society, and you have to find a happy medium for yourself. I think I’m subconsciously practicing how I would react in certain situations, as a mother, while I am on television. That way, when I do become a mother, I can take some of what Raven Baxter does, what she deals with and how she deals with these kids and morph it into something I can be proud of as a parent.

Beverly Hills Magazine: Do you now feel like the thirty-three-year-old woman that you are? Or are you still getting your bearings with that?

Raven-Symone: In some ways, I feel a lot older because I do own property. I have financial and personal responsibilities, and I’m helping to run a television show. But sometimes I feel like I’m pretending, because [in some ways] I feel like I’m still between the ages of seventeen and twenty-five, but a smart seventeen to twenty-five. It’s because I’ve been captured in so many different age brackets. And I’ve had to exaggerate that age behavior for such a long time, while slowly growing to accommodate the way people see me in my career. As I slowly grow, they slowly grow. On the other hand, I grew up a lot faster. I knew how much my taxes were and how much I was getting paid at the age of three, at age six, at age seven. I knew that if I didn’t work stuff wouldn’t get paid when normal seven-year-olds were worrying about who stole their lollipop. You know what I mean? So, in that respect, I do have an older mind frame. It’s a dual mind and it’s weird.

Beverly Hills Magazine: Speaking of being a child actor, because you lived the experience, I would assume the kids in the cast of Raven’s Home come to you for advice.

Raven-Symone: They’ve been very open with me and talked to me about things, and I’ve given advice. I appreciate that they respect what I have to say, but they still have to go through that journey on their own. They are starting their journey in the entertainment industry, so they don’t want to say “no” to anything. They want to take every opportunity possible. I tell them they need to take a break. Of course, my journey was different from theirs; I grew up in a different time period. Now, there are so many more rules regarding child actors, and people who are looking out for their safety and well-being. Back in my day, I’d be working Monday, Tuesday, Wednesday, Thursday and Friday; and then I was told I was speaking somewhere on Sunday. It was just a hot mess. Hopefully, what I’ve earned in the industry will settle into them, and they will grow up without having that arrested development… aftertaste (laughs).

Beverly Hills Magazine: When you started in the business as a small child, there was no social media. Can you imagine the schedule you had back then, plus posting content to Instagram and Snapchat?

Raven-Symone: One good thing is that cell phones are banned from sets. Disney has a great policy of not posting anything prematurely. Instead of taking a break, I see people posting and Instagramming all day. I remember when I was on That’s So Raven and there was a break; I took naps. Now there’s this extra element of having to stay current in the eyes of the consumer, and you get even more depleted. Taking needed breaks is healthy for the sanity of the human being, rather than the “celebrity.”

Beverly Hills Magazine: Will there ever be a Raven’s Home episode where you delve into the topic of kids overdoing it with video games and social media?

Raven-Symone: We touch on that topic, and it comes with a spoon full of sugar. What sets us apart from other shows like ours is we deal with these topics, but we deal with them with a realistic view, so both the parents are learning, and the kids are learning. Everybody learns on our show.

Beverly Hills Magazine: Can you share any special guest stars coming on, or any other surprises this season?

Raven-Symone: We have a friend of mine, Jaleel White (of “Family Matters,” Steve Urkel fame), coming on the show.  He has a nice little story arc with Raven Baxter and the kids

Beverly Hills Magazine: Where do you see things going for you in the next five to ten years? Would you love to be behind the scenes more, producing and directing for a company like Disney?

Raven-Symone: I see myself creating more content with Disney where my face is not in the front, but behind the scenes. I see myself creating more feature-length content as well. I see myself graduating from school. I just want to graduate; I am the slowest student!  I can only take one class per semester, and my mom would have a fit if I turned in anything less than a B-. So, it’s hard with my schedule. I want to take more classes in directing. I got to direct an episode for Raven’s Home, and I enjoyed it immensely.

Beverly Hills Magazine: Could you see yourself at some point directing a theatrical release film or producing?

Raven-Symone: Most definitely. That’s the goal. Another goal of mine is to be a musical director. I love the Disney musicals and I love theatre. At fifty years old, I would love to direct in the capacity of feature lengths and musicals for sure.

Allison Kugel
View More Posts
Allison Kugel is a syndicated entertainment columnist, and author of the book, Journaling Fame: A memoir of a life unhinged and on the record. Follow her on Instagram @theallisonkugel and at AllisonKugel.com. 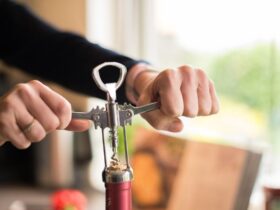 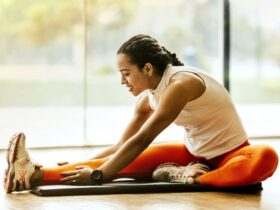