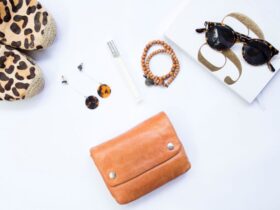 How To Accessorize Your Look This Year

Whether lighting up the stage, a critically-acclaimed indie or leaving her mark on this season of “Masters of Sex,” “Girlfriend’s Guide to Divorce” star, Necar Zadegan is the most electric talent to storm into Hollywood and is a force to be reckoned with as she gears up to reprise her role as powerful lawyer “Delia Banai” in Girlfriends’ Guide to Divorce on BRAVO.

Born in Karlsruhe, Germany and raised in San Francisco, California, Necar began her acting career in the theater at age 16 at the Edinburgh Fringe Festival in Scotland. She studied theater and dance on a performance scholarship from the University of California, Santa Barbara, where she graduated with degrees in literature and writing and soon thereafter returned to the stage in her Broadway debut opposite Robin Williams, as part of the original cast of the Tony Award-winning and Pulitzer Prize-nominated play “The Benegal Tiger at the Baghdad Zoo.”  We spent some time with this BRAVO TV bombshell to find out more behind the scenes.

Beverly Hills Magazine: When did you discover your passion for the arts?

Necar Zadegan: Some people decide they want to be an actor, but I believe that a life in the arts is something that finds you. I always knew I wanted to be an actor; there was never anything else I wanted to do.

Beverly Hills Magazine: Where do you get inspiration for your roles?

Necar Zadegan: I find inspiration in the strangest places, truly from everything around me. When I was doing Broadway, I was so inspired by the city of New York itself. Imagination is also a powerful tool in inspiring and preparing me for my roles. With historical or political roles, they require more research to allow me to build the character. Sometimes it comes more naturally, as some characters are simply easier to access.

Beverly Hills Magazine: Who or what has been the greatest inspiration to you?

Necar Zadegan: I must say I am the luckiest girl in the world, because I have the best Dad. He has always been a great source of wisdom and inspiration to me. He sets the bar really high!

Necar Zadegan: It’s my home…There’s really nothing more to say.

Beverly Hills Magazine: What are some trends taking place in Hollywood?

Necar Zadegan: We are starting to see a great trend of women in positions of power. We are seeing more female directors, show runners, writers, and it’s great.

Beverly Hills Magazine: What are some of your dream roles?

Necar Zadegan: Wow, there’s so many great iconic women that I would love to play like Cleopatra and Jacqueline De Ribes. Some day someone will have to play Cher and Barbra Streisand in their biopic films. I love to play archetypal characters, so any of these roles would be fantastic.

Beverly Hills Magazine: What are the most vital factors that make a show successful?

Necar Zadegan: They say it’s the director, the cast, and the script. I think distribution is also key.

Beverly Hills Magazine: Why is film and television an important part of society?

Necar Zadegan: For centuries art has always been the footprint of civilizations. And today I believe it still represents who we are as people and our culture. It’s more than ornamental, it’s fundamental to our existence.

Beverly Hills Magazine: What can fans look forward to from your character in the show?

Necar Zadegan: First of all, this show is so much fun and it’s really a great love story. Love is the biggest mystery of life, and I think we are all trying to figure it out My character is actually venturing into marriage and so many people will relate to the real life issues we all face when it comes to marriage. What is marriage today? Why do we get marriage? Should we? This season raises a lot of relevant issues we all deal with in our lives.

Necar Zadegan: Work very hard and strive to be the best in your craft. Study with many different masters, and remember you are a student of life and the arts.

Beverly Hills Magazine: Have you discovered a purpose in what you do?

Necar Zadegan: As an artist you bear the responsibility to the project and to the characters of what you put out into the world. Artists create and cultivate traditions through their characters. In this very special way, I am a storyteller.

The multi-faceted and mesmerizing leading lady is heralded as one of the most favorable actresses working today for a reason. Zadegan was unforgettable as delicately beautiful and resolute first lady (and President) “Dalia Hassan” on the eighth season of Fox’s mega-hit “24,” opposite Kiefer Sutherland and Annie Werching, and recurring resident villainess Isabel on Nick Wauters’ NBC sci-fi-thriller series, “The Event.” She starred as Los Angeles ADA, “Scarlet Leon” with Greg Kinnear and John Ortiz in Fox’s legal dramedy series, “Rake,” created by Peter Duncan. Other notable television credits include: “CSI: Miami,” “NCIS,” “How I Met Your Mother,” “Lost,” “Nip/Tuck,” “The Shield,” “Harry’s Law,” and “Major Crimes.” Zadegan hasn’t ignored the silver screen either; her breakout role as “Jehan Younger” alongside Samuel L. Jackson and Michael Sheen in the psychological thriller UNTHINKABLE, marked her foray into film. Showing no signs of slowing down, she starred in Adam Sandler & Judd Apatow’s YOU DON’T MESS WITH ZOHAN and played the title role of “Elena Winters” in the critically-acclaimed indie ELENA UNDONE, which screened at multiple festivals worldwide, gaining international notoriety. (Images by Benjo Arwas)

Zadegan’s combination of brains, sex appeal and her captivating performance in the much talked about series promises to steal the show from the minute she walks on screen. To become a fan follow her on Twitter and Facebook. Tune in to the show Girlfriends’ Guide to Divorce on BRAVO.