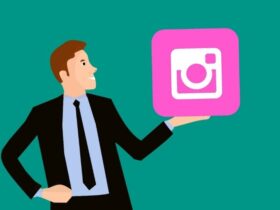 Being A Star is A Matter of Instagram Marketing

The most famous movie palace in the world, The TCL Chinese Theatre IMAX® is set to honor actor-writer-director BEN STILLER, who stars in and directs the upcoming feature film, THE SECRET LIFE OF WALTER MITTY  which opens Dec. 25, 2013. The traditional handprint-footprint ceremony honoring Stiller takes place Tues., Dec. 3, at 11AM.

THE SECRET LIFE OF WALTER MITTY is James Thurber’s classic story of a day-dreamer who escapes his anonymous life by disappearing into a world of fantasies filled with heroism, romance and action. When his job along with that of his co-worker (Kristen Wiig) are threatened, Walter takes action in the real world embarking on a global journey that turns into an adventure more extraordinary than anything he could have ever imagined.

Tom Cruise, who received the handprint-footprint honor in 1992 will introduce him. Cruise has been a longtime fan of Stiller.  In 2008, he had a cameo role in Tropic Thunder, which Ben Stiller co- wrote, directed and starred. In the upcoming feature film, THE SECRET LIFE OF WALTER MITTY, which opens Dec. 25, 2013, Stiller also stars and directs.

Tom Cruise will next be seen in this summer’s Edge of Tomorrow. His most recent films include Oblivion, Jack Reacher and Mission: Impossible – Ghost Protocol.

The Film Society of Lincoln Center in New York is about to devote an entire weekend to Ben Stiller’s work behind the camera. The Film Society will screen five Stiller-directed films from Dec. 6-8 in a program called Ben Stiller Directs.

Ben Stiller is currently in production on Noah Baumbach’s While We’re Young opposite Naomi Watts and Amanda Seyfried. He previously collaborated with Baumbach in 2010 and received rave reviews for his lead role in Greenberg, which also earned him an Independent Spirit Award nomination for Best Lead Actor.

His other directing credits include Reality Bites, The Cable Guy, and Zoolander, which he co-wrote and starred in. As a writer, Stiller won an Emmy Award® for the short-lived sketch comedy series The Ben Stiller Show, which he also directed and produced.

Ben Stiller’s acting credits include: Permanent Midnight, Your Friends & Neighbors, Flirting with Disaster, Empire of the Sun, There’s Something About Mary, The Royal Tenenbaums, Night at the Museum and Night at the Museum: Battle of the Smithsonian; Tower Heist; Meet the Parents, Meet the Fockers and Little Fockers; and Dodgeball: A True Underdog Story, a Red Hour production.

For many years, Stiller has been involved with and supported numerous charities and foundations, including Project ALS, Artists for Peace and Justice, Centre for Environmental Education, Elizabeth Glaser Pediatric AIDS Foundation, Michael J. Fox Foundation, Oxfam, Red Cross, and Starlight Children’s Foundation, among others.

Following his first visit to Haiti with Save the Children in 2009, Stiller has been committed to raising money for schools in the country through his StillerStrong campaign, and more recently with The Stiller Foundation.

The TCL Chinese Theatre handprint-footprint ceremony is rich in tradition and provides its four million-plus annual visitors an opportunity to experience the lore of Hollywood up close.

Movie exhibitor Sid Grauman, who was one of Hollywood’s best known and most creative showmen, opened The Chinese in 1927 and launched the handprint-footprint ceremony a year later.

In any given year, The TCL Chinese IMAX® Theatre, now featuring the world’s biggest IMAX® theatre,  hosts over 40 red carpet film premieres and since it opened, it has hosted three Academy Award® ceremonies and numerous world premieres, including those for internationally-acclaimed film franchises, such as “The Hobbit,” “Lord of the Rings,” “The Hunger Games,” “Twilight,” “Star Wars” and “Harry Potter.”

THE SECRET LIFE OF WALTER MITTY

Screen Story and Screenplay by:  Steve Conrad; Based upon the short story by James Thurber

Ben Stiller directs and stars in THE SECRET LIFE OF WALTER MITTY, James Thurber’s classic story of a day-dreamer who escapes his anonymous life by disappearing into a world of fantasies filled with heroism, romance and action. When his job along with that of his co-worker (Kristen Wiig) are threatened, Walter takes action in the real world embarking on a global journey that turns into an adventure more extraordinary than anything he could have ever imagined.

About the Chinese Theatres

Since 1927, The TCL Chinese Theatre has been the home of the most important, star powered red carpet movie premieres and special events, where Hollywood’s biggest and brightest talents have come to watch their movies.  The most famous movie theatre on the globe is world-renowned for its unique forecourt of the stars, featuring cement hand and footprints of major movie stars, from Marilyn Monroe to Brad Pitt, and numerous stars from all eras of Hollywood.  In addition to being a major international tourist destination, The TCL Chinese Theatre, and its six adjacent cinemas, the Chinese 6, are everyday working movie theatres, hosting millions of moviegoers year round.  The TCL Chinese Theatre was declared a historic-cultural landmark in 1968, and there has always been a restoration program in process to maintain the theatre’s beauty. With its current, on-going facelift and new name and new added amenities and event spaces, guided by a new and vigorous ownership team, the TCL Chinese Theatre IMAX and its famed “hands and footprints in cement” forecourt will continue to be the preferred location for tourist visits and the entertainment industry’s most prestigious red carpet premieres for years to come. In 2013, the main theatre was relaunched as the world’s largest IMAX® theatre. (www.tclchinesetheatres.com)