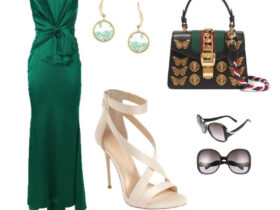 Meet one of the newest Rising Hollywood Stars, Blake Cooper Griffin, an All-American boy with movie star good looks and a heart of gold.

Dashingly good looks and talent to match, Blake Cooper Griffin is lining up his 2015 slate with a number of notable breakout roles both on television and in film. Currently he can be seen opposite Academy Award Winner Cuba Gooding Jr. in the drama feature LIFE OF A KING available on Netflix; May 1st he hits the big screen with Academy Award Winner Helen Hunt in her feature directorial debut RIDE; taking a step on the lighter side, Griffin also joins the cast of Disney’s sensational hit sitcom JESSIE for its final season.

Last but certainly not least, Griffin will lend his name to the feature length adaptation of the critically acclaimed, award winning short film LOVE IS ALL YOU NEED? From writer/ director Kim Rocco Shields. Taking place in a world where homosexuality is normal and heteros, aka “breeders,” are frowned upon, the film tackles the heart wrenching topic of bullying on an epic scale in today’s youth and millennial age groups.

Blake Cooper Griffin: Growing up my family moved 9 times, so I got used to being the new kid, and it always felt like acting to me. Then I did a play at school and discovered that it was a process of inhabiting another character and taking on a completely different perspective. I really liked it. The transformational element of acting fascinated me, and it developed into a true love and passion of mine, still today.

Beverly Hills Magazine: What is your process as a Hollywood actor?

Blake Cooper Griffin: It’s different for each role. I always try to find the kernel of truth that I believe runs that character. I know all humans have the same feelings and emotions, and everyone goes through the same struggles. So I find something that connects to those deeper emotions. Once you’re building a character based on truth, the character will always come to life in a natural way. I also like to find little things that are unique only to that character and incorporate them; like a mannerism that helps me transform into this new and completely different character.

Blake Cooper Griffin: I think that no matter where you are who you surround yourself with will play an important role in your experiences, especially in Hollywood. I’ve been very lucky to be surrounded by great people.

Beverly Hills Magazine: What is your favorite part about the business?

Blake Cooper Griffin: When you get the part!!!

Beverly Hills Magazine: What is your least favorite part about the business?

Blake Cooper Griffin: Everybody struggles with doubt from time to time, but to overcome these obstacles I just always try to let my faith be bigger than my doubt.

Blake Cooper Griffin: It’s really to live the largest expression of myself while reaching people and telling stories.

Blake Cooper Griffin: To surround yourself with good people who support you. If they’re not helping you, they’re hurting you. Try your best to control the things you can, and forget the rest. Always remember, the creative answers are always inside of you.

A South Carolina native, Griffin, is a graduate of the North Carolina School of the Arts, School of Drama, where he trained to become an accomplished acting professional. Blake Cooper Griffin is one of those Rising Hollywood Stars who amidst his fame always remembers his true values and what matters most. His natural ability to seek truth and express real emotions gives him his innate on screen charisma. A down to earth Southern boy with irresistible good looks, we have a feeling it’s just the beginning of a very big career for this young man.