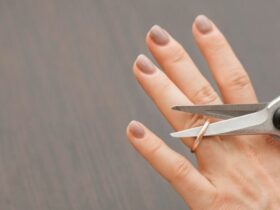 Top Tips For Dealing With Divorce

The Eternal City of Love

Visiting Rome, Italy gives you an exclusive chance to see the past and present, the modern and old, standing side by side. You don’t just step in this landmark city; you step in the world’s largest open air museum.  From Rome pictures, it is for sure one of the most photogenic cities on the planet. This doesn’t surprise you when you realize that this is the city that contains the Trevi Fountain, St Peter’s Square, The Vatican, the famous Colosseum in Rome, and so much more

It doesn’t matter whether your time in Rome is spent on sightseeing or lazing in cafés observing the world go by, Rome will find a way to seduce you. It would reach out to you, penetrate you and it won’t leave you indifferent. Rome does not have attractions or places to visit; the whole of Rome is one big attraction itself. Every step you take, every sight you see, every sound you hear to is the part of the attraction and romance that the City of Rome offers.

Rome contains in it some great exclusive collections in the fields of art and music. It contains huge amounts of museums, palaces, parks, gardens, churches, theaters, temples, villas and piazzas. The Coliseum is the iconic and most famous monument of Rome. It is said to be a window of time, through which you look back in the past. It is considered as being ‘a wonder of the medieval world’. Originally popular as ‘The Flavian Amphitheater’ it was the biggest building of its era. The glory that it once contained is still very much there for anyone to witness.  Rome still contains remains of the glorious past of Italy. The center of life in imperial Rome, ‘the Forum Romanum’ still stands. Pantheon is another well preserved exclusive historical monument.

It was considered to be one of the most dominant buildings in the western world. The exterior of it might appear to be grey, pock-marked but the inside of it tells a different story. It’s an exclusive experience to navigate through its towering doors, and sense the world’s largest concrete dome; the largest ever built. The Vatican museums are also a great place to be when in the city of Rome.  Though it’s not possible for you explore the whole of it, but it’s an experience you will never forget.  The galleries there contain timeless and priceless pieces of art from great artists like Michelangelo and others.

Apart from the historical significance, the eternal city of Rome also has other pleasant sides to it; the roman food true to the exclusive Italian culture, the festivals, the roman markets, the parks, the streets and so much more. Rome, Italy gives you plenty of reasons to label it as a perfect place to visit, to have the perfect vacation. Exploring Rome is an enchanting and lovely experience. One thing is for sure, when in Rome, be ready to fall in love.