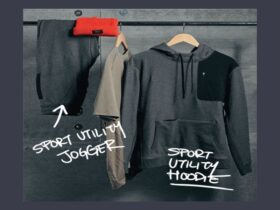 David Murphy , a native of Birmingham also the home of Jaguar and Aston Martin, found himself on a big plane heading to the United States to chase the American Dream. When he stepped off the plane, his previous experience on the treasury department in England didn’t seem too exciting. He asked himself, “What do I love…?”…The resounding “I love cars!” stands firmly with him still today. And so his new career began…
His journey of success began 30 years ago at a dealership in Rancho Mirage selling Rolls Royce and Bentley; shortly after he was the Number 1 salesperson for the luxury brands. No small feat for the new kid on the block. His talent was apparent and his fate was sealed, perhaps he claims, “Due to the fact that as a young boy my day school was located directly across from the Jaguar Factory where my heart and eyes wandered to constantly. This has all been meant to be, ever since then.” He continued on mastering his art of sales in the premium luxury brands available in the world. By 1987 he was selling Porsches and Audi. Then Lamborghini… By 1993, he found himself in the heart of Beverly Hills selling Rolls Royce, Bentley, Aston Martin, Lamborghini, and Bugatti…He had made it to the top, and yet his pinnacle of success had not yet been reached. There was surely more to come. He reached a point where he decided he wanted to own his own dealership.  So in 1996 he bought the Rolls Royce, Bentley,Porsche and Audi dealership from Fred Smith, Ltd in Rancho Mirage. His vision was growing and fast becoming a reality.

With his partners, Gary Whitaker and Frank Hickenbotham, they ventured out to create the ultimate luxury motors dealerships in Southern California, where their mission was to offer clients the most comfortable and well done place to purchase their luxury cars with impeccable customer service and client satisfaction. And that they have done. The exciting news is today their dealerships, Desert European and Newport European Motorcars are thriving dealerships with an amazing campus of all luxury brands available…And today they are welcoming San Diego European offering Jaguar, Aston Martin and Lotus located at 7820 Balboa Ave.  Beginning construction this year with full completion expected in 2012, customers will finally have a local one stop hot spot available for all their private automotive purchasing and service needs. All held under the California European Auto Group parent company.

Visit www.CaliforniaEuropean.com now for full view of all dealerships and available inventory. David attributes their success, thankfully, to the team, which also includes partners, Jerry Johnson and Gene Whisenhunt among several 100 employees that take the corporate vision and make it a reality every day.
David believes his personal involvement and attention to every detail is a vital key to success. His advice for any courageous entrepreneur out there, “If you fail to plan, you must plan to fail.” For us, he says, “We simply plan to succeed in everything we do.”  Cheers! To creating a well built machine.
Tags: bentley beverly hills beverly hills magazine business business first entrepreneur luxury luxury motors rolls royce
Share on
Share on Facebook Share on Twitter Share on Pinterest Share on Email
Jacqueline Maddison October 23, 2012