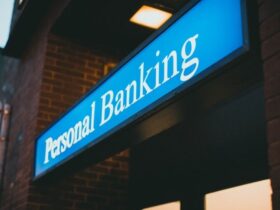 How to Get Approved for a Personal Loan Faster

The Elton John AIDS Foundation (EJAF) will present its 22nd annual Academy Awards Viewing Party on Sunday, March 2, 2014, at West Hollywood Park in Los Angeles.  Sir Elton John and David Furnish will host the gala event sponsored by the Foundation’s generous corporate friends Chopard, Neuro Drinks and Wells Fargo.  Chef Gordon Ramsay will once again prepare the sumptuous dinner for Party guests to enjoy while watching a live telecast of the 86th Academy Awards. Following dinner and an exciting live auction, a special musical guest will take the stage to perform, and DJ Johnny Dynell will spin tunes for guests to dance the night away.

The Foundation’s Academy Awards Viewing Party is the most highly visible and successful fund-raising event in Hollywood on Oscar night. Over the past 22 years, this annual event has raised nearly $40 million, thanks to the generosity of EJAF’s supporters.  These funds help the Foundation to support a wide range of initiatives, including direct treatment, care, and support services for people living with HIV/AIDS in marginalized communities, such as among young gay black men; providing injection drug users with clean needles to prevent HIV infection and transmission; and sexual health education for young people in America who are most at risk.

Audi and MAC Viva Glam have partnered with EJAF as the evening’s generous Co-Sponsors.  The Foundation is especially grateful to the City of West Hollywood for continued collaboration with EJAF on shared goals.  American Airlines is EJAF’s official sponsoring airline.