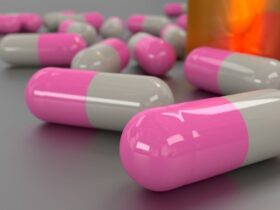 Shilajit Capsules: One of the Best Anti-Aging Supplement

Pretty much every profession on Earth has some weird tall tales and interesting urban legends, some of which border on the impossible, albeit still highly entertaining. In the medical world, notably dentistry, the doctor-patient confidentiality aspect of it means that an extra layer of mystery is added into the mix. Sure, you can talk about your most interesting cases, and then right when it just starts to become engaging, you’ll have to pull back on details just to protect confidentiality. Frustrating! (Image Credit: Yingpis Kalayom/Unsplash)

We asked some expert dentists about the strangest, grossest, most fascinating dental urban legends they’ve heard of. Here are some of the most disturbing:

One of the most unlikely cases of dental mishap that is popular with dentists around the country is the strange case of the sprouting tomato plant. The story goes that a young woman goes to the dentist complaining about pain in their gums (in some versions of the story, the patient is going for a routine checkup). As the dentist starts examining, he’s shocked to find a green sliver poking out of the gums, and upon closer inspection, sees that it’s a sprout from a tomato seed stuck in between the person’s teeth.

It’s one of the most implausible stories that dentists have heard, mostly because a tomato plant needs about 4 hours of sunlight for a tomato seed to grow. However, it’s still an old favorite because, while it’s implausible, it’s not exactly impossible, and it’s a great cautionary tale for younger patients (or gullible adults!).

A DIY Approach to Dentistry

A lot of people think, “I can DIY myself a deck, so why can’t I DIY my dental care?”, usually to disastrous consequences. A lot of dentists talk about botched home dental care jobs. While some of them do border on the ridiculous, the rest are close enough to reality because a disturbingly disproportionate number of dentists do encounter stubborn patients who think they know better.

A few disturbing stories come from England, where, despite their fantastic healthcare (take that, negative stereotypes!), some patients still prefer to forego the dentist for a more home-based approach. One story involves a woman who was so terrified of the dentist that she used superglue to reattach a rotten tooth. Eventually, more teeth started falling out, which led to using more superglue, until finally, the pain was too much to bear. When a dentist examines her, she had lost significant bone mass in her upper jaw that she needed all of her teeth replaced with implants. The cause of this bone loss? The superglue had started rotting her teeth and gums, which is, really, no surprise.

Don’t Read This if You’re Eating

Finally, the worst of it all. If you have a weak stomach or don’t want your dinner ruined, stop reading now, and just remember to visit your dentist and practice excellent oral hygiene. You have been warned!

So this story comes either from a dentist in Southeast Asia or Central America. The story goes that, because of a lack of funds to go to the dentist, a family and their children would regularly do home-based dentistry in their home. At some point, the youngest member of the family complains about a strange sensation in her gums. They bring her to a dentist where the doctor is stunned by what he sees in her upper gums.

It was full of maggots.

Legend has it that the parents had tried to clean out her teeth using home tools, leaving a small scratch in the poor kid’s gums that eventually became home to a fly’s eggs. And that, kids, is why you should never miss a dentist’s appointment! 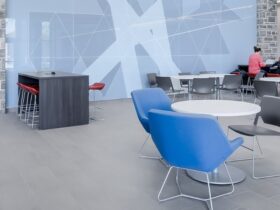