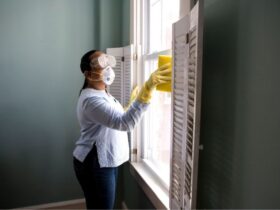 Find Out Few Health Benefits of A Clean Home

Cryptocurrencies use complex code systems to encrypt data transfers and secure the exchange of units. They are alternative mediums of exchange that fall outside the boundaries of government monetary policies, and are created and used privately by individuals and groups. ( Image Credit: 3D Animation Production Company /Pixabay)

No cryptocurrency has seen a history of popularity and fall as turbulent as that of Bitcoin SV. The preeminent cryptocurrency is the first to be widely used, even when cryptocurrencies of all kinds come and go every month.

The person behind Bitcoin remains a mystery. The most popular belief is that a person (or a group of people) who goes (or go) by the pseudonym Satoshi Nakamoto invented Bitcoin. There have been plenty of theories around who might be the brains behind Bitcoin.

Craig Wright, an Australian businessman, claimed publicly he was Satoshi Nakamoto and promised he could prove it, but hasn’t yet. Another speculation is that bit gold founder Nick Szabo might be Nakamoto, as bit gold resembles Bitcoin.

Others in the cryptocurrency community think it could be Hal Finney, a developer who received Bitcoins from Nakamoto during the currency’s first-ever transaction back in 2009.

The History of Bitcoin

The origins of Bitcoin can be traced back to 1982, when computer scientist David Chaum proposed the concept of eCash. Chaum’s research, titled Blind Signatures for Untraceable Payments, detailed a form of cryptography that he claimed could enable an automated payment system that didn’t allow third parties to see personal information on the payment. His company DigiCash tried to commercialise this concept of a blind signature system but went bankrupt in the late 90s.

Two notable occurrences happened in 1998. Firstly, Wei Dai released a detailed essay on his idea for ‘b-money’, a cryptocurrency with an exchange system that looks similar to the underlying blockchain in Bitcoin. Secondly, Nick Szabo proposed bit gold with the reasoning that the currency would help eliminate any third-party or central bank. Neither of these proposals, however, lived to see success.

Bitcoin came a decade later in August 2008 when Bitcoin.org was registered. Two years later a research was published titled ‘Bitcoin: A Peer-to-Peer Electronic Cash System’. The idea in the white paper was similar to that of its predecessors: secure digital signatures, no third party, proof-of-work and hashing transactions together to form a chain. The paper was published by Satoshi Nakamoto.

With an exchange rate established in 2009, it was only a matter of time before the first purchase happened in Bitcoin’s history. In May of 2010 a Florida-based programmer called Laszlo Hanyecz bought two pizzas valued at $25 in exchange for 10,000 BTC.

The same year, Bitcoin’s value went beyond the penny threshold. Slush, the first mining pool, mined Bitcoin successfully. By November 2010 the market cap for Bitcoin exceeded $1 million for the first time. In Feb 2011 one bitcoin came to be valued equal to a dollar for the first time.

TIME Magazine published an article on Bitcoin, and another article appeared on Gawker about Silk Road, the dark web drug market where people used Bitcoin for payments. As people got curious Bitcoin’s worth increased to over $30 in 2011, $100 in April 2012, and surpassed $1,000 in 2013.

To find out more about the bitcoin bubble, take a look at this history of financial bubbles, crises and flash-crashes by DailyFX.

While the role of Bitcoin as a cryptocurrency is still not commercialized, the popularity and steady growth of the currency has led people to venture into the idea of cryptocurrencies as an alternative to money.