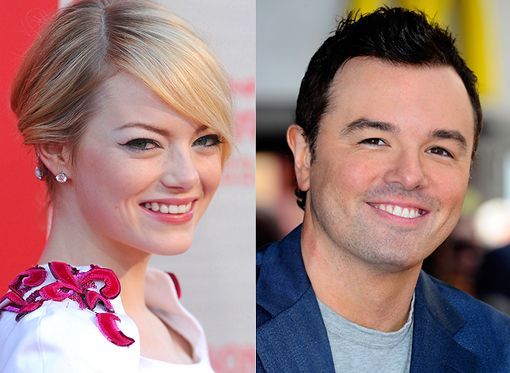 Iconic Actor/Golfer/NY Times Best-Selling Author John O’Hurley talked with us about his new film SWING AWAY, with his hilarious and unforgettable performance that will leave audiences moved from this heartfelt must-see family movie.

SWING AWAY follows professional golfer ‘Zoe Papadopoulos’ (Shannon Elizabeth), who following a meltdown that leads to a suspension, travels to her grandparents’ village in Greece to escape the harsh spotlight of the international sports world. Between baking bread and eating baklava, she meets and mentors a ten-year-old girl who is determined against all odds to become the next golf sensation. Along the way, ‘Zoe’ rediscovers her Greek heritage, her love of the game, and the hidden strength within herself as she inspires the townspeople in an epic showdown against a greedy American developer played by John O’Hurley.

One of People magazine’s “Sexiest Men Alive,” John O’Hurley has become one of television’s busiest and most versatile actors, show hosts, advertising heroes, and feature film stars. The award-winning actor is best known as “J. Peterman” on “Seinfeld,” has danced his way into the hearts of America as the ultimate champion of the highly rated ABC show “Dancing with the Stars.” After hosting the hugely successful popular syndicated show “Family Feud,” he returned to the stage in front of sold out audiences on Broadway in Chicago as the male lead “Billy Flynn” and headlined a two-year stint as the head of the Round Table, King Arthur, in Eric Idle’s hilarious musical comedy “Monty Python’s Spamalot” in Vegas. O’Hurley is also the host of NBC’s annual “National Dog Show,”  a Thanksgiving tradition to over 22 million viewers. He is also producer and host of the Beverly Hills Dog show which will air on USA Network on Sunday, April 16th 2017.

As an avid golfer, O’Hurley maintains his single digit gold handicap by playing in numerous key events like the BMW Charity Celebrity Pro-Am and the Bob Hope Chrysler Classic.

John O’Hurley: First of all, you can only play a character that is instinctively inside of you. That being said, before any of my performances I say a short prayer, “God, let me be surprised.” When I do this, it allows the scene to become more natural. I just have to know my lines and my marks, and the rest comes intuitively through me. Many of my co-stars tell me that my contact is piercing, and it’s because it’s so real. Acing is reacting. I’m there to be surprised as the moments unfold, on camera or on stage. It’s a beautiful thing.

Beverly Hills Magazine: What made you decide to take the role in Swing Away?

John O’Hurley: It contained a lot of things that I like, golf being one of my favorites. Also, I had never been to Greece so that interested me. Mostly, I was given a lot of leeway to play with the character and make some changes so that I could play the role the way I wanted to. My character was originally German, but I made him American instead. Freedom in any role is greatly valued.

John O’Hurley: Yes, definitely. As the host you have to realize that you’re not the show. You are there to be a facilitator. In my mind, I see it as if everyone is simply at my cocktail party and I am the host. I have to be quick-witted and respond to what everyone has to say. When I’m hosting, my focus is to drive the show, not be the show, which is the opposite of on screen acting.

John O’Hurley: You can’t plan a career. I’ve always followed my imagination, or my intuitive impressions that lead me to the next thing I’m supposed to be doing. In this way I am serving my purpose. I’m listening to that and following it. I’ve constantly got multiple projects and businesses that I run at one time, and it keeps me happy.

John O’Hurley: Study. Because of the advent of reality television, it has become more interesting to be famous, than to be talented. It’s a bad habit. Now it’s easier to become the story, rather than trying to tell one. That is what acting is all about, telling a story. People will destroy themselves on television just to be in front of the camera. For me, as an actor, I’ve learned the art of telling a story. There’s a certain skill set required to command an audience, to earn the ability to be silent and still keep the audience captivated. That’s what actors do. They tell the story with the audience trusting them to tell the story well.

John will be performing as a one man show, called “A Man With Standards” at The Carlyle Cafe March 28th, 2017 – April 8th, 2017. He’ll also be performing in the hit theatre show, “Chicago” at The Musical Mccallum Theatre in Palm Desert March 17th-19th, 2017. Book your tickets today! 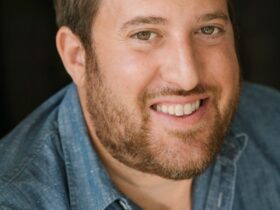 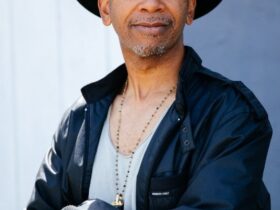 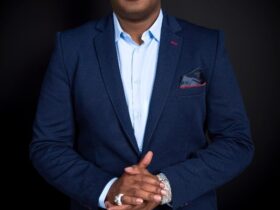