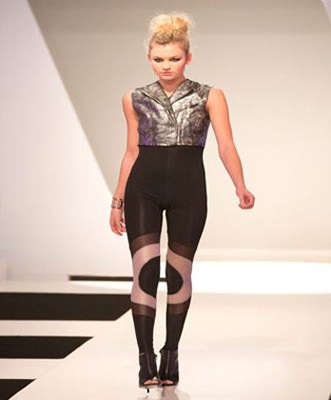 Project Runway: Under the Gunn

Preventative medicine is meant to stave serious illness off by catching and correcting problems early on, and by ensuring that the necessary lifestyle changes have been made. When receiving preventative care, most patients trust what their doctors tell them, immediately get all recommended medications, and diligently adhere to their physician’s advice.

This is often the case for people who’ve been diagnosed with hypertension. High blood pressure medications are offered to hypertensive individuals to limit pressure on their artery walls by relaxing the blood vessels. Although these medications are largely used to prevent more serious developments, many of them are known to cause severe and potentially fatal side effects.

As such, several very popular high blood pressure medications have recently been recalled. If you’ve taken medication to regulate your blood pressure, it’s important to know exactly why these products have been taken off the market and what they’re known negative effects are.

High Blood Pressure Medications That Have Been Taken Off The Market

As with all recalled medical and pharmaceutical products, the recall of high blood pressure medications indicates collected data showing adverse effects that exceed the benefits of the drugs in question. In the case of drugs for hypertension, many of the most commonly used products were found to contain a component that is listed as a probable human carcinogen.

Labeled NDEA, this carcinogen is not an intended active or secondary ingredient, but rather a contaminant that’s been found in several generic versions of popular hypertension drugs. Among the drugs recalled are:

While these are the common prescription drugs, the list of recalled products includes these drugs in various combinations, from various generic manufacturers, and from specific drug lots. Thus, if you’ve been prescribed or have taken these drugs in any form or in any combination, it is important to reach out to an attorney to learn more about your options.

The best way to maintain a firm record of the medications that you’ve been taking is by saving the original pill bottles from your pharmacy. Even if you’ve finished taking a prescription, do not discard these containers. Should you choose to take legal action, these will serve as valuable evidence.

If you still have pills remaining and you believe that they are part of a recall, contact your doctor right away. Your provider can offer you an alternative to the recalled medications. Moreover, they’ll have specific information on the lots, generic brand names, and drug combinations that their hypertensive patients should avoid.

How Did Blood Pressure Medications Become Contaminated With NDEA?

With generic drugs, pharmaceutical companies have the option of requesting expedited approvals from the Food & Drug Administration (FDA). When justified, the FDA often grants these requests even though doing so means less research and testing for the products in question.

Given that generic drugs are merely recreations of products that already exist on the market and have already undergone stringent testing, the belief is that there are few risks in issuing rapid approvals.

With high blood pressure medications, recent surges in demand led to pill shortages. Companies that were poised to release generic versions of in-demand hypertension drugs were granted expedited approvals and their products immediately went to market. It was only after these products were already being used by consumers that issues with NDEA contamination were detected.

The Concerns With NDEA Contamination

All three of the blood pressure medications listed in the recall inherently entail a host of side effects. The presence of contaminants like NDEA can significantly increase both side effects and adverse effects among product users. Blood pressure medications are taken on a daily basis. So, people who use these drugs were likely exposed to NDEA consistently, and for extended periods of time.

When drug recalls occur, patients have the right to be informed. They also have the right to take legal action if they believe that the products in question have caused them physical harm. It’s important to note, however, that with legal actions such as these, there are often strict time limitations.

In addition to collecting your old pill bottles, consumers should also contact an attorney with experience in defective drug recalls if they believe they’ve been injured. You can read more about lawsuits and recalled drugs by following this link.