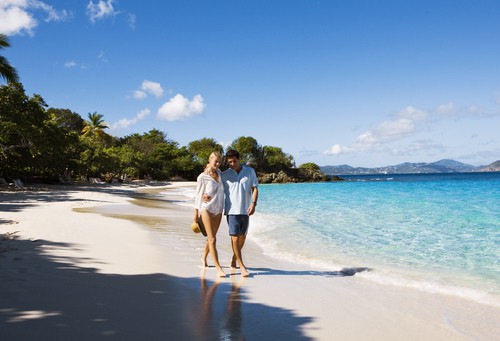 What does it mean to be a beta male? The term “beta” is typically used in the animal kingdom to describe males who are less aggressive than their alpha counterparts. This usually means that they are not as good at competing for females, and often don’t have much chance of reproducing. While this may sound bad, there are actually benefits to being a beta male in human society.

What is a beta male?

A beta male is a man who doesn’t conform to the traditional, macho idea of masculinity. Some examples include being more introverted and not as aggressive as other men. He’s often seen as “the nice guy” or someone who can be taken advantage of because he puts others first instead of his own desires. If you heard about common myths surrounding beta males, you might think that this is a bad thing. However, there are actually benefits to being a beta male in human society.

Being a beta male might not sound like the best thing in human society because it means that you don’t fit traditional ideas of masculinity. However, there are actually benefits such as less risk of sexual assault or harassment, having more time for your own interests, and being seen as honest because you don’t put yourself first. If this sounds like something that could interest you then go ahead and embrace whatever aspect of femininity comes naturally to you.

What does it mean to be a beta male?

Beta males are more interested in mental stimulation than physical strength. They’re likely very intelligent and may have limited social skills which contribute to their inability at competing with alpha males for females’ attention.

Being a beta male has its advantages though! It means that you don’t need to prove yourself by making risky decisions or acting tough all the time – people will actually respect your honesty and integrity. Embracing your femininity may be a great way to break out of the beta male stereotype, so never feel like you need to confirm!

Being a beta male might not seem ideal but it is an important part of human existence with many benefits such as being seen as trustworthy because he doesn’t put himself first or having more time for hobbies and personal development. If this sounds interesting then go ahead and embrace whatever masculinity comes naturally in order to break free from society’s stereotypes.

Why do some people identify as beta males?

Some people are beta males because they just happen to have more feminine character traits. This could be due to their introverted personalities or having limited social skills that don’t allow them to compete with alpha males in the dating world for women’s attention. While it is true that not all beta males fit this description, there are many benefits and advantages of being a beta male which make up for any disadvantages such as less pressure on you to prove yourself with risky decisions and macho behaviors!

Who are the most popular beta males in pop culture today?

Some examples of beta males in pop culture include Sheldon from “The Big Bang Theory”, Samwell Tarly from “Game Of Thrones” and meek protagonist, Marty McFly from the movie series, Back To The Future. These characters all have a typical personality type which would be considered as being more feminine than masculine – they fit into society’s stereotypical mold of what it means to be a beta male.

How can you tell if you’re a beta male or not?

If you’re more inclined to enjoy mental stimulation rather than physical strength, are introverted, and have limited social skills then this is a good indication that you may be a beta male or at least identify with some of their characteristics.

Having feminine character traits isn’t inherently bad but it does mean that there will be less pressure on you because people won’t expect as much from you in terms of being physically tough or competitive. Identifying yourself as a beta male might also give you the opportunity for self-growth by embracing your femininity!

What are the disadvantages of being a beta male?

Not all beta males fit the typical mold of what society has deemed to be masculine. As you can see from Sheldon’s character, he is very intelligent but lacks social skills which make it difficult for him to relate to people in a way that alpha males do. There are also certain disadvantages of being a beta male such as feeling less pressure on you because people won’t expect much from your risky decisions or competitive behaviors.

Being a beta male is not always easy. But there are advantages to being an introverted guy, too! The key is recognizing how your personality can help you stand out from the crowd and make it easier for you to find love.