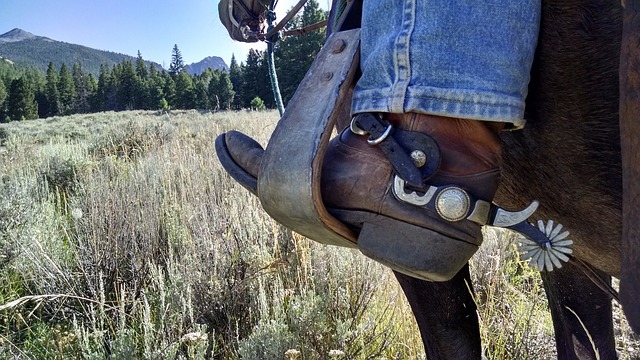 Tips To Take Care Of Your Long Leather Boots

It’s said that there are only two certainties in life: death and taxes. While the former is pretty cut and dry, the latter is a little more nuanced. After all, there are several different kinds of taxes. Furthermore, people are impacted differently depending on the type of tax. Although every U.S. citizen is required to pay federal taxes, individual states can make their own laws when it comes to collecting funds from the public. Income tax is a popular method to accomplish this goal, but not every state opts for it. Here are 5 benefits of states with no income tax. (Image Credit: Steve Buissinne/Pixabay)

1. You can save more of your money.

We don’t work to pay taxes; we work to earn money. Taxes are just an inevitable part of living in a cooperative society. Most people are interested in learning about maximizing their take-home pay. After all, who wouldn’t want to earn more for the same work if it was possible? Well, that may be determined by where you live in the U.S. Currently, there are 9 states that leverage very lenient laws (or none at all) when it comes to income tax. This means that their citizens are able to save more of their money since they’re able to keep a higher percentage of their income.

2. You know exactly what you’re getting.

When you own a house, a car, and have an entire family to look after, it’s not fair to have a complicated tax system. There are millions of Americans who have to rely on guesswork for their monthly income. If their take-home pay fluctuates week-by-week, that means their percentage of taxation might as well. This makes for a confusing system which leads some people to never have a clear idea about how much they’re earning. In those states without any income tax, workers know exactly how much they’re taking home. All they have to do is factor out federal taxes, and what’s left is going straight into their bank accounts, or wherever they please to spend it.

Sometimes, it feels like you need a Ph.D. just to figure out how much of your money is actually going to make it into your bank account. Federal taxes are somewhat easier to understand because they don’t vary between states. State taxes are a different story altogether. Anyone who’s moved across the country understands how the differences in taxation laws can be complicated and confounding. Fortunately, there are some states that have thrown out income tax altogether. This makes filing taxes and managing your finances much simpler.

In a country that embraces individualism and self-starters, it’s kind of ironic that there’s a penalty to earning more money. No, rich people aren’t being lambasted or criticized, but paying more in taxes sure feels like a slap on the wrist. If you live in a state without an income tax, there’s no penalty for earning more money. Whether you’ve started your own business or have dedicated your working life to a respectable company, you’ll be able to reap the totality of those rewards.

5. Feel more in control of your finances.

There’s nothing more frustrating than opening a hard-earned check after a grueling week at work only to see that your home-state has siphoned a percentage of your income. When that becomes a biweekly or even weekly experience, it starts to take a toll on your work ethic. Even though you understand the purpose of taxation, it doesn’t change the fact that someone is taking your money. When you live in a state with no income tax, you can feel more in control of your monthly income and overall financial situation.

Right now, Wyoming, Washington, Texas, South Dakota, Nevada, Florida, and Alaska are the only states that don’t levy a tax on personal income. There are numerous advantages that come with this decision. However, it’s important to keep in mind that these states might hike up other taxes such as sales tax in order to make up for the lack of funds generated from income tax. It’s always important to consider the entire picture before making a semi-permanent financial decision. It’ll be interesting to see which states follow suit in the future.