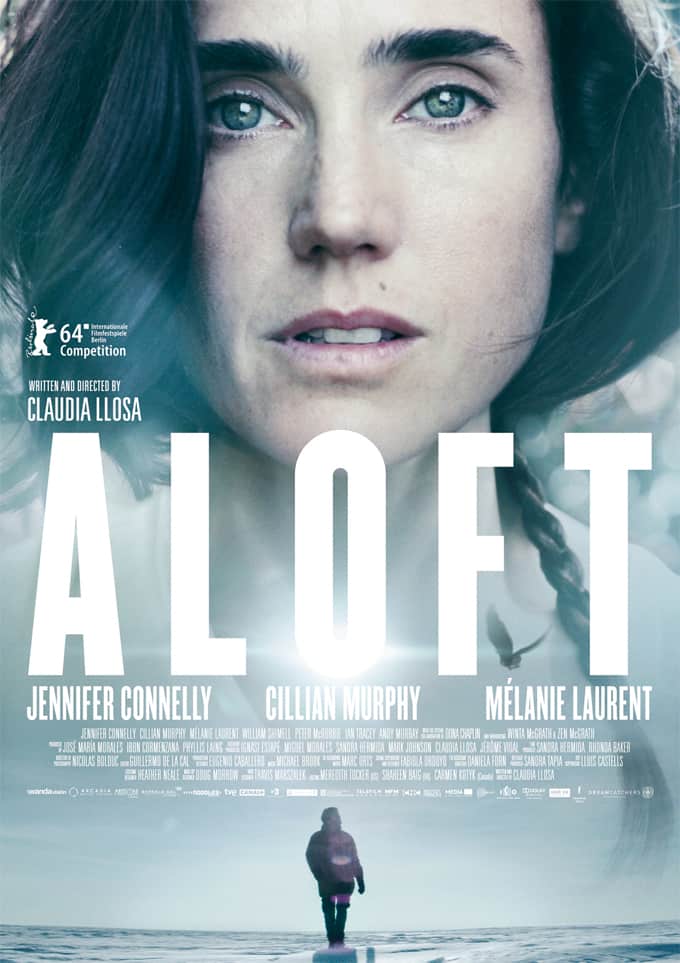 Dreamcatchers announced today that Sony Pictures Classics have acquired all US and Latin American rights to Berlin competition title, ALOFT, written and directed by Claudia Llosa. Producers on the film include Jose María Morales on behalf of WANDA, Ibon Cormenzana on behalf of ARCADIA, Phyllis Laing on behalf of BUFFALO GAL and Jerome Vidal on behalf of NOODLES. This is Llosa’s first English Language film.  Her last film, MILK OF SORROW won the Golden Bear at the 2009 Berlin International Film Festival and was nominated for Best Foreign Language Film at the 82nd Academy Awards.

Starring Jennifer Connelly, Cillian Murphy, Mélanie Laurent and William Shimell, ALOFT tells the story of a struggling mother, Nana Kunning (Connelly) and her evolution to becoming a renowned artist and healer. When a young journalist, Jannia (Laurent) tracks down Nana’s son Ivan (Murphy) 20 years after she abandoned him, Jannia sets in motion an encounter between the two that will bring the very meaning of their lives into question.

“I speak in the name of the whole team of the film when I say that we are static that the SPC team will de distributing this film in US and Latin America. We couldn’t have a better partner to take this film to the public” said Fuentes

“Since seeing MILK OF SORROW, we’ve been admirers of Claudia Llosa, so it is our pleasure to bring her first English Language film to audiences throughout the Americas, as well as, to be partnering with such a strong team of producers and our old friends at Dreamcatchers,” said Sony Pictures Classics.