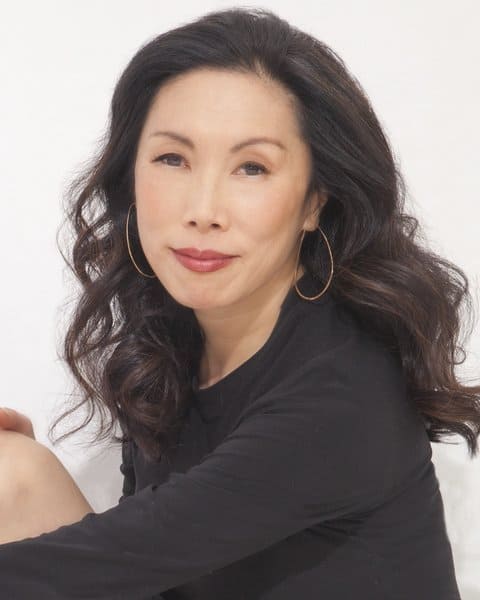 An intersection between reality and unconscious thought, FALLING WATER is the story of three unrelated people (Burton, Tess & Taka), who slowly realize that they are dreaming separate parts of a single common dream. Each is on a quest for something that can only be found in their subconscious. Tune in for more of the suspense this season.

Born and raised in Queens, Long graduated from the High School for Performing Arts in New York and graduated with a BFA from the acting conservatory at SUNY Purchase. Long’s love for acting came from traveling with her vaudevillian parents and growing up backstage which eventually led her to starring in her first Broadway show at just 7 years old. Although best known for her roles as the power lesbian ‘Patty’ in HBO’s “Sex and the City” and her role as the Korean mother in THE HOT CHICK (“Ling Ling! You forgot your bling bling!), Long has been working consistently in Hollywood for decades following her roles in hit TV series “Café American,” “All-American Girl” and “Miss Match.” Let’s learn more about this Hollywood celebrity and her journey through the business.

Beverly Hills Magazine: What is your opinion of “’Hollywood”?

Jodi Long: It’s a business. That’s the bottom line. When you’re asking people to fund your projects, whether they are television or film, they are looking at it as a business decision, and there is a lot of money at stake. Now, this may clash with the artistic pursuit of some creators, but they must never lose sight of the fact that it is still a business.

Jodi Long: I used to think my talent was my calling card until I recognized the importance of your network. Once you really start growing your network, you see those relationships develop over years and it’s wonderful to grow and work with so many talented and professional people in the business.

Jodi Long: Unfortunately, stereotypes still prevail. I’ve also learned that people don’t like to give bad news. If you’re written out of a show, you’ll probably hear about it in Deadline first.

Jodi Long: I think that you have to follow what you love. My father told me that a long time ago. Do what you love, and everything will fall into place.

Beverly Hills Magazine: What drew you to this show?

Jodi Long: Well it started with the script, and then I discovered more as time went on. With this particular project, it had such great people working on it and I thought it had a very interesting premise.

Jodi Long: There are a lot of good actors in the world, but no one has the voice that I do. I am unique. Talent is being able to express that. As soon as I walk onstage, everyone sees an Asian actress, but if I’m really doing my job, especially if the script is great,  people will hopefully see beyond their pre-conceived notions of who they think I am and just see a human being who happens to be going through a particular set of circumstances within a play.

She recently starred on Vince Vaughn’s TBS sitcom “Sullivan & Son” playing ‘Ok Cha,’ the ever amusing Korean immigrant mother of ‘Steve’ played by comedian Steve Byrne.  Long’s extensive list of TV and film credits also include “Franklin & Bash,” “Desperate Housewives,” and BEGINNERS alongside Ewan McGregor and Christopher Plummer. Not only limited to acting, Long is also a talented filmmaker creating an award-winning documentary LONG STORY SHORT, her personal family story which tells the tale of her Chinese-Aussie tap dancer father and Japanese-American showgirl mother (‘Larrie & Trudie’) who became a popular husband-and-wife nightclub act in America in the ’40s and ’50s even landing a performance on the Ed Sullivan Show.

It’s a MUST-WATCH and the documentary is available on www.longstoryshortdocumentary.com and on Amazon.com.