Starting in November, New York City is transformed into a beloved holiday travel destination with celebrations throughout the City’s five boroughs. From annual favorites like Macy’s Thanksgiving Day Parade and New York City Ballet’s The Nutcracker to smaller, treasured celebrations like viewing Christmas lights in Dyker Heights, Brooklyn, and the New York Botanical Garden’s Holiday Train show in the Bronx, New York City provides a unique experience for visitors and locals exploring the five boroughs during the holidays.

“New York City’s holiday season is one of the most exciting and festive times of the year to visit—the five boroughs come alive with a unique and captivating holiday spirit, attracting visitors from every corner of the globe,” said Fred Dixon, NYC & Company’s president & CEO. “Due to the extraordinary popularity of the City during the holidays, we encourage visitors to book their travel now to reserve a place in what promises to be a most memorable holiday season.”

Opening the joyous holiday season are the more than 10,000 participants in the 88th annual Macy’s Thanksgiving Day Parade. The parade is followed by the much-anticipated Rockefeller Center Christmas Tree Lighting on December 3. There’s something to offer everyone this winter, including the Queens Historical Society’s Annual Historic Holiday House Tour, New York Botanical Garden’s Holiday Train Show in the Bronx, the menorah lighting outside Borough Hall in Brooklyn, and Historic Richmond Town’s Candlelight Tours in Staten Island.

The holiday season in New York City culminates on New Year’s Eve with one of the world’s most spectacular celebrations in Times Square, the Crossroads of the World and more. The annual ball drop attracts an estimated million people each year, with over a billion additional viewers watching from around the globe. For more information, visit timessquarenyc.org.

Highlights of holiday events taking place in the five boroughs include: 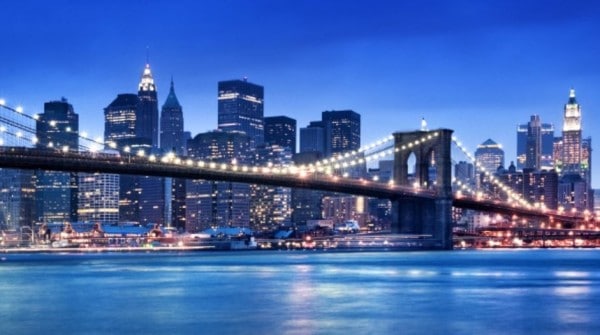 The 88th annual Macy’s Thanksgiving Day Parade (macys.com/parade) will take over the streets of New York City on November 27 starting at 9am. Visitors and viewers will be in awe of its giant helium character balloons, fantasy-filled floats, marching bands, performance groups and clowns. The parade begins at 77th Street and Central Park West and then makes its way toward Columbus Circle, where it will turn onto Central Park South before making its way down Midtown on Sixth Avenue from 59th to 34th Streets. The parade concludes with its final turn onto 34th Street in front of Macy’s Herald Square.

The beloved Radio City Christmas Spectacular will charm locals and visitors November 7–December 31. In addition to the show, Radio City Music Hall offers visitors a chance to make the experience more memorable by upgrading to an exclusive show package that includes dancing with the Rockettes (radiocitychristmas.com).

New York City Ballet will present one of the season’s favorite annual productions, George Balanchine’s The Nutcracker, complete with marching toy soldiers, a one-ton Christmas tree that grows before the audience’s eyes and crystalline snowflakes. The show will run November 28–January 3 (nycballet.com).

The American Museum of Natural History’s famous Origami Holiday Tree marks the start of the holiday season at the museum and will be on display November 24–January 4. On December 27, the museum will host a Kwanzaa Celebration that commemorates the seven principles of Kwanzaa (amnh.org).

A hidden gem on the Upper East Side, the Mount Vernon Hotel Museum & Garden will conduct candlelight tours on December 5 and 6, offering insight into 19th-century New York City. Candlelight tours of the 200+ year-old house will take place at 6:00, 7:00 and 8:00pm on those nights (mvhm.org).

The Flatiron District celebrates the holidays with 23 Days of Flatiron Cheer.For 23 days starting on December 1, there will be festive activities, including events, promotions, giveaways and more (discoverflatiron.org).

The 28th annual Miracle on Madison Avenue will take place on December 6. A philanthropic holiday shopping tradition, the event includes retailers and businesses located on Madison Avenue between 57th and 86th streets, all of which donate 20 percent of sales that day. For the third year, proceeds will go to The Society of Memorial Sloan Kettering Cancer Center (madisonavenuebid.org)

The Big Apple Circus is coming to Lincoln Center October 17–January 11. The annual show is a New York City holiday season favorite. This year’s show, Metamorphosis, is a brand-new spectacle with a flying trapeze, a musical clown and contortionists (bigapplecircus.org).

Le Parker Meridien will host its annual Gingerbread Extravaganza this holiday season. Throughout the month of December and into January, local bakeries and restaurants will create gingerbread masterpieces, and visitors can vote for their favorite by purchasing tickets at the hotel’s concierge. Proceeds will benefit City Harvest (parkermeridien.com). 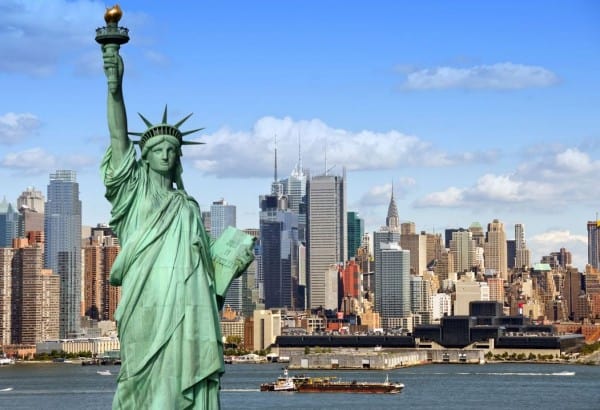 The Bartow-Pell Mansion Museum Annual Holiday Family Day in Pelham Bay Park is on December 6. Families will love the festively decorated 19th-century mansion and can participate in various kids’ activities, including photos with Santa Claus (bpmm.org).

Brooklyn lights up with holiday spirit each year with a menorah lighting celebration taking place outside Borough Hall at Columbus Park on December 3 at 5pm.

The Louis Armstrong House Museum will also host its annual holiday tours throughout the month of December, featuring Louis Armstrong’s voice recording of “Twas the Night Before Christmas (A Visit from St. Nicholas)” and other seasonal favorites. The 40-minute guided tours of the house, a National Historic and New York City landmark, offer a look into the life of a jazz legend (louisarmstronghouse.org).

Take a tour of the decorated Queens County Farm Museum during the Holiday Open House in the Adriance Farmhouse in Floral Park, December 26–28. Children can partake in crafts while all visitors can enjoy a cup of their fresh mulled cider (queensfarm.org).

Historic Richmond Town will hold its annual holiday favorite, Candlelight Tours. The candles, oil lamps and flickering fireplaces will light up the town, and visitors can expect a “wassail bowl” reception in the Courthouse. The tour will take place on December 13. Prepaid reservations are required; call 718-351-1611, ext. 281, for tour times and reservations (historicrichmondtown.org).

For more information on planning your New York City holiday and to book accommodations, visit nycgo.com.

How To Enjoy A Wellness Yacht Charter