How to Get Perfect Celebrity Teeth

There are many celebrities of all shapes and sizes. In this article, we’re going to display a list of celebrities who are known as some of the shortest and tallest celebrities there are. While we could go on and on by saying that women are shorter than men, in some cases, it’s the other way around. (Image Credit: Gage Skidmore)

The Shortest Celebrities Out There:

Jada Pinkett Smith is the wife of the famous Fresh Prince, actor Will Smith, and is only 5 feet tall. Surprisingly, she is still not the shortest when it comes to celebrities.

Lady Gaga is a prominent music pop star, and while her voice and her acts are sometimes bigger than life itself, she in fact is only 5 ft. 1 inch tall. She is one of the many on the list of the shortest.

Danny DeVito has been around as a Hollywood actor, director, and writer/producer since the 1970’s. Everyone knew he was short, but what most people don’t know is that he is in fact one of the shortest male celebrities that does not suffer from dwarfism. He is only 4 ft, 10 inches tall, and is actually shorter than his wife Rhea Pearlman who is popular for her role on the show “Cheers”, and she is only 5 feet tall as well.

Peter Dinklage has an advantage of all of the others on the short list because he was born with a form of dwarfism called achondroplasia. He is by far the shortest living actor today at only 4 ft, 4 inches tall.

Drew Barrymore and famous “Back to the Future” star Michael J. Fox are both only 5 feet, 4 inches. They often have plaid in roles where there sidekicks were of the same height, or not much taller than them in order to “look bigger” than they really were. They aren’t the only actors who have done this either.  “Harry Potter” star Daniel Radcliffe also is on this list at only 5 feet 5 inches.

Some Celebrities Who are Taller Than You Might Think

While U.S. President Donald Trump looks short compared to many of his colleagues at the White House when he stands up to the podium, he is actually 6 feet and 3 inches. This makes him one of the tallest celebrities.

As a couple of the tallest women in the field of being a celebrity or actor, both Brooke Shields and Geena Davis are a whopping 6 ft tall, which is very tall for most female actors.

There’s only one thing going for WWE superstar turned Hollywood Superstar “The Rock” Dwayne Johnson that actor Vince Vaughn – Johnson has more muscles. Both of these popular Hollywood actors are 6 feet 5 inches, and they both weigh in just 40 pounds of each other (the rock weighing the most at 260 lbs). But this isn’t about weight, it’s about height.

Many celebrities come in various heights, body builds, and more, but many of them who have had spurts of growth have always admitted that other than genetics, they eat somewhat healthy, and they (often times, but not always) do some exercises to stay in good overall physical health. Vince Vaughn actually started training in Brazilian style Jiu-Jitsu to stay somewhat in shape, despite what people may think about his weight and appearance. Things like this can all enhance height and the human growth hormone, and you can realize that even if you’re short or tall, you shouldn’t judge yourself. 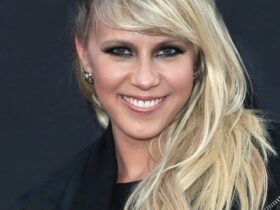 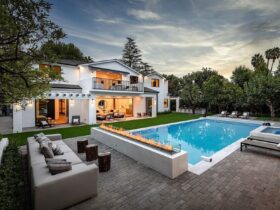 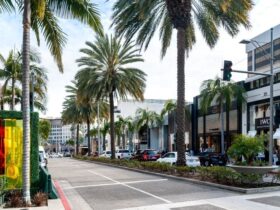