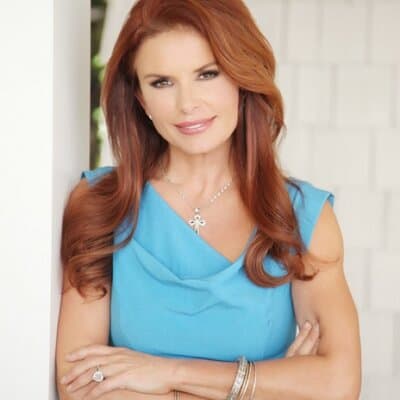 Meet the Producer: SON of GOD

We sat down with Producer, Roma Downey to find out more about the creation of this inspiring work of art. Become a part of the phenomenon that captivated the nation! Off the heels of the three-time Emmy®-nominated* History Channel miniseries “The Bible,” visionary Executive Producers Roma Downey (“Touched by an Angel”) and Mark Burnett (“The Voice,” “Shark Tank”) are back to tell the most important chapter of the greatest story ever told – SON OF GOD – on Blu-ray™ and DVD June 3 and Digital HD™ May 6 from LightWorkers Media and Twentieth Century Fox Home Entertainment. After grossing more than $60 million in box office sales and earning a coveted “A” Cinemascore opening weekend, SON OF GOD comes home to entertain and inspire millions of families and communities across the globe.

“What an honor it has been to bring the story of the life of Jesus Christ to so many people,” said executive producer Roma Downey and Mark Burnett. “Now families can bring the story into their homes and enjoy together.” Hollywood is opening its arms to religious and spiritual concepts because clearly the audience demand is strong. If one can successfully marry creativity with deeper life concepts and more powerful messages, then Hollywood will discover a whole new breed of film genre. One that will always thrive.

SON OF GOD brings the story of Jesus’ life to audiences through compelling cinematic
storytelling that is both powerful and inspirational. Told with the scope and scale of an action epic, this film features powerful performances, exotic locales, dazzling visual effects and a rich orchestral score. SON OF GOD shows the life of Jesus from his humble birth through his teaching, crucifixion and ultimate resurrection.

What inspired the creation of The Bible series and the Son of God movie? “The idea came to me in the forms of whispers. I just kept getting this notion that I had to bring the bible stories to life. I finally told Mark, my husband, that I really felt strongly that we should do it, and we did.”

How was the emotional journey of playing the mother of Jesus in The Bible series and in the SON of GOD movie? “I have loved Mary my whole life and her son, it was profoundly moving because the scenes were filmed during the Passion. I asked myself, What would you do, if you knew this was God’s Will but yet you still have to endure the loss and experience.The answer is really, all you would want to do is help him. I think if there is anything we can learn from Mary, is that she trusted God, from the moment the Angel visited her and told her of the coming of Jesus, that he had been chosen and she was willing, and she said Yes to God. She trusted Him completely and fulfilled her duty in His plan.”

How do you feel about the huge success of The Bible series and the film? “We are delighted that it is successful, but of course the real success is in the lives of people that have been touched by this story and have been changed. These actors have brought the Gospel to life in a whole new way.”

How has this project changed your life? “I feel that I have experienced a deepening of my faith. It has been a profound privilege of mine to be able to combine what I love to do with what I believe. The grander intention of the series and the film is to glorify God and to spread the Gospel which is what each of us has been commissioned to do in whatever ways we can. I have always been faithful and I have loved God my whole life, but now I have a deeper understanding of the stories of the Bible, I’ve been given the opportunity to read a lot more scripture and now my faith is much stronger.”

Perfect for Father’s Day gift giving, SON OF GOD will be available with a one-of-a-kind
24-page photo book and more than one hour of captivating bonus content, including a
behind-the-scenes sneak peek at life on set, as well as cast, producer and director interviews. Additionally, the release will feature SON OF GOD: REBORN, which includes a docu-story titled “Christians Today” that delves into the legacy of Christianity and the role of Jesus in the new generation.

SON OF GOD movie- Blu-ray and DVD special features include the following:

• SON OF GOD: REBORN
• FROM THE SET: THE PASSION
• Son of God: Un Reino sin Fronteras
• Put your faith into practice; introduce children to a relationship with Jesus Christ.
• Theatrical Trailer

About LightWorkers Media
Celebrated Emmy®-nominated actress and producer Roma Downey and her award-winning husband, producer Mark Burnett, launched LightWorkers Media in 2011 with the children’s DVD and book series LITTLE ANGELS and its companion LITTLE ANGELS STORYBOOK BIBLE. LightWorkers Media produced the 10-hour hit miniseries THE BIBLE, which was seen in the USA by 100 million people, was one of the fastest selling TV-to-disc titles ever and was nominated for three Emmy® awards. Additionally, they are producing the series A.D., a sequel to THE BIBLE series, for NBC and they acquired Alice Hoffman’s award winning novel
THE DOVEKEEPERS, which they are producing as a four-hour mini-series for CBS. In addition, Roma and Mark have co-authored several books published by Faithwords. They are ambassadors for two children’s organizations, Operation Smile and Compassion. LightWorkers Media is dedicated to shining a light and bringing uplifting content to people of all ages.