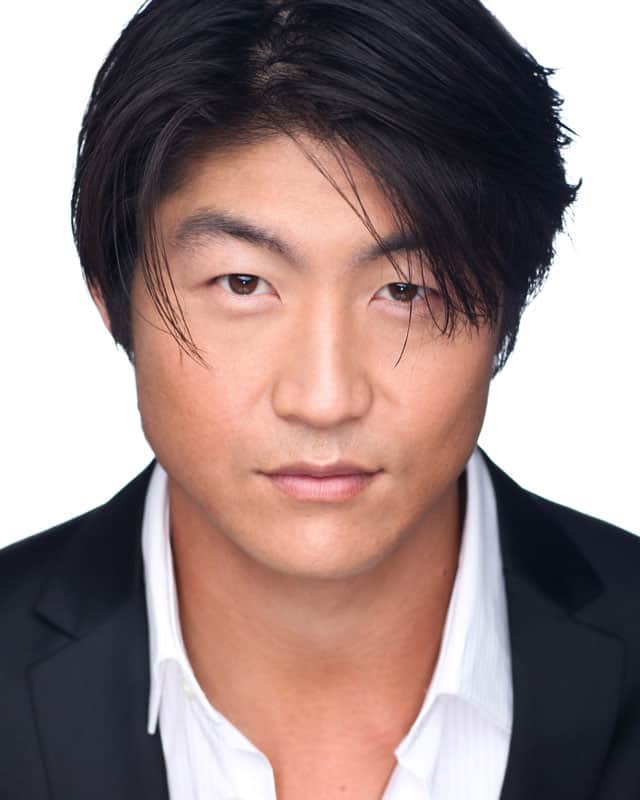 Meet our newest Hollywood Rising Star, Brian Tee. Originally from Okinawa, born of Japanese and Korean descent, Brian is a self-proclaimed American-Asian who honors his Asian roots and holds firm to the fact that he is a proud American actor.

This rising Hollywood star is certainly on the right track and well on his way to A-List stardom. He discovered his passion for his craft when he first enrolled in an acting class in college, and said,” It hit me like a lightning bolt. This is what I want to do for the rest of my life.”

You probably know him best for his role as D.K. (a.k.a. The Drift King) in The Fast and the Furious: Tokyo Drift. Most recently, you’ll see him in James Mangold’s The Wolverine (2013) starring Hugh Jackman, Tee played Noburo Mori, a minister of justice arranged to marry the daughter of Yakuza Boss Shingen Yashida (Hiroyuki Sanada). Tee has also taken on the legendary role of Liu Kang in the popular YouTube web series Mortal Kombat Legacy.

Also tune in to the series premiere October 3rd, 2013 of Beauty and the Beast on the CW at 9pm/8 central to see more of Brian. You’ll also see Brian Tee in other notable films including; We Were Soldiers, Chain Letter, Fun with Dick and Jane, Wedding Palace, and many other television shows and films both in American and Asian markets.

What Inspired Brian Tee? “When I was a young boy, I was walking around Puente Hills Mall, which was the actual set for the Twin Pines Mall in Back to the Future, and I remember seeing all the lights and trailers, and I was so awe-struck. Remembering that moment is truly what inspired me at a very young age.”

Brian Tee moved to LA to live with his Grandmother and take care of her, knowing that to be an actor, this is where he had to be. He cared for his beloved Grandmother for 12 years while he pursued his career. He loved her so much and learned so much from her. It was that life experience that molded him into the person he is today.

“I have so much more emotional depth as an actor because of those years with her.”

When asked what he thinks of Hollywood, this is what he said, “Hollywood is like no other place in the world where your dreams can come true in a heartbeat. There’s no other business that can do that. In 0-60 seconds, your life can change. Hollywood is a place where I can pursue my dreams and really make them come true. It’s a place where the opportunity to expand your imagination and creativity goes beyond your own desires. The key to success is that you have to be in love with acting. If you’re not, than you’re in the wrong business. It’s that love that gets you through the challenges.”

We think Brian Tee has what it takes to be an A-List leading American-Asian Hollywood star who can carry a film to box office success while keeping his loyal fans and audiences entertained and charmed by his irresistible qualities of likability, integrity, and loyalty. He’s a true family man at heart, with Asian good looks and as one of our Hollywood Rising Stars; we think America and the rest of the world will fall in love with him too.

Become a loyal fan of Brian Tee now on Twitter @Brian_Tee or on his Official Fan Site.