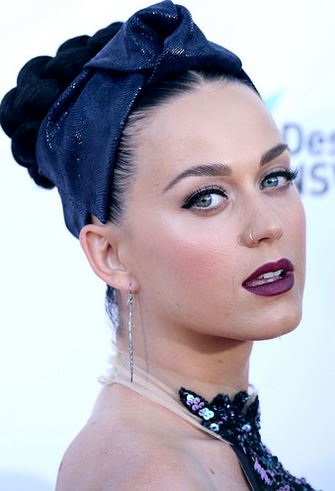 It may come as no surprise that Katy Perry was the most viewed star on YouTube in 2014. According to Forbes, the pop sensation has been a virtual, as well as, physical success.  With over 2.4 billion views, the US songstress is not only rocking the charts as one of the world’s favorite pop celebrities, she’s rocking the online world too. (Image Credit)

Katy Perry has had a number of popular hits in the charts over the last year. But, her success in the online world is surely one of the greatest things about the digital age. Now, everyone can access music for free. The internet has paved the way to creating stars from nobodies. Of course, Ms. Perry is far from a ‘nobody’. The global chart topper amassed such a vast amount of views via her own Vevo channel.

Of all the famous singers in the world today,  Katy Perry is the most watched musician on YouTube. She top the polls for celebrities and musicians as a fan favorite. Not bad going for a singer who didn’t release an album in 2014! Despite releasing no new music, she still managed to ride the global charts. In the US and the UK, the star consistently performed chart-topping hits. Her album, Prism, managed to get stay in the charts throughout the whole year. This is despite its commercial release in 2013.

The success of the star is said to be behind the song ‘Unconditionally’. The ballad, accompanied by a Yamaha P105, is said to be the reason that the album was a smash hit. Unconditionally is the song that received the most commercial success. But, Dark Horse is the reason the songstress has been hit with over 2 billion views. Dark Horse alone has 780 million views since February last year.

Of course, Katy Perry is not just a beautiful and famous singer. She’s an acute business woman too. She had a smart video releasing strategy. She releases not one, but two, versions of her videos. One that is accompanied by lyrics and one without. With this, she can make sure that younger fans can sing along creating an element of fun. For Perry, she’s certainly engaging with her fan base and giving them exactly what they want. While this isn’t new to the video industry, Perry is the first pop star to release an official lyrical edit of her videos. In fact, the lyric video now has double the views of her short film. Incredible news!

Katy Perry has received masses of attention for posting to her YouTube channel. Aside from singles, she adds clips and snippets from her daily life. Add this to her incredible voice, no wonder fans can’t get enough. But, Katy isn’t going to slow down just yet. In fact, she’s going to be performing at this year’s Super Bowl. So, if you want more Katy in your life, that’ll be the time to catch her. Let’s hope that 2015 is the year that she releases a new album. After the success of Prism, we’re all intrigued by what she’s going to release next.