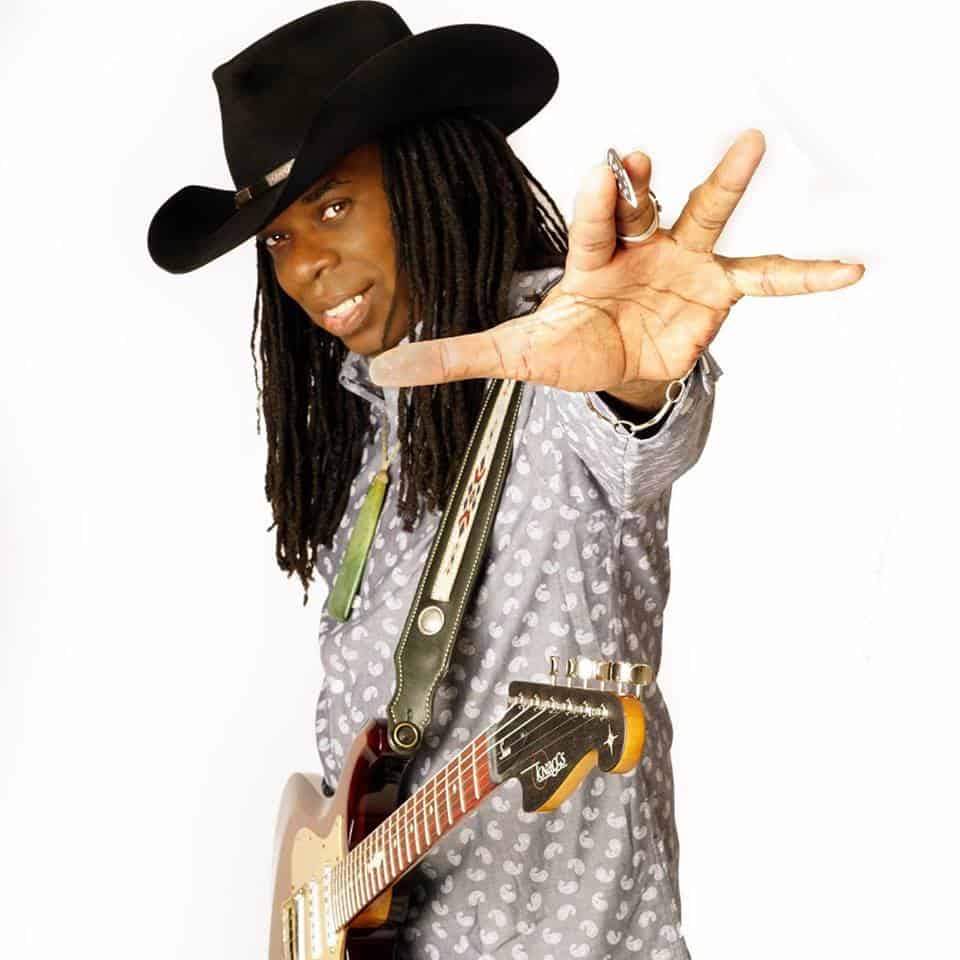 Grammy Award Winning music producer and recording artist, Larry Mitchell tells us of his journey into the music industry and what it takes to succeed. He grew up in New York with his mother and grandmother, and he used to play drums, but soon picked up a guitar and taught himself just playing by ear, alone and with other musicians in his neighborhood. As he grew older, his aspirations grew too. He wanted to produce a record. Fortunately he knew some amazing artists, engineers and other musicians at the time, when a great friend offered him the keys to his home music studio so he could use it to produce his first dream record.

Larry says, “The first record was horrible and the songs were bad. I was a new artist but I was learning. The most important thing I learned was that I could self-produce. Then a lot of other artists started asking me to help them produce their albums or singles too.”

Beverly Hills Magazine: As a music producer, what do you do with an artist?

Larry Mitchell: First, I help artists develop their sound and style. I help them figure out who they are as an artist, and what they like, and most importantly what suits them. I keep them on track during this development process, so I can really bring out the best in the artist. Some singers want to be a rockstar, but they have the perfect voice for country, so by playing with different sounds and songs artists really realize what their strengths are, then we focus on those strengths to develop an album or an awesome single track. Since I am also a musician, I lend my talents to the album, whether it’s in songwriting, playing drums, guitar, etc.

Beverly Hills Magazine: Who have been your inspirations?

Larry Mitchell: I grew up on R & B and funk music, then I really got into Prince and Carlos Santana, as well as Earth, Wind & Fire, Michael Jackson, Stevie Wonder, Van Halen, Nile Rogers and they’ve all had some degree of influence on my musical styles during different phases of my life.

Larry Mitchell: Each album is so different and occurs at different times and places in my life. Inspiration has come from location; like Santa Fe, New Mexico influenced one of my albums with an instrumental style, then while I was in Scandinavia I had a unique experience that inspired more rock elements into my sound. Then I played with Tracy Chapman for awhile and I was doing a lot of acoustic, just sitting around playing and getting different sound and style ideas that eventually form a complete album sound inspiration at that time. I sometimes never know when or where the inspiration is going to come from, but I always find it.

Beverly Hills Magazine: How do you prepare for each on stage performance?

Larry Mitchell: I rarely get nervous because I practice and play a lot. I’m comfortable playing, so whether I have a crowd of 10 or an audience of over 90,000, which I did have when I performed in Spain, it’s all the same to me. I just love being on stage playing music.

Beverly Hills Magazine: What does your music represent and stand for?

Larry Mitchell: I want my music to give people a moment to reflect. Music is the soundtrack to your life. It can take you back to a time in your life; it can bring back fond memories and some sad memories too. Either way, music creates an emotional experience for the listener and I love giving that gift to people. Giving them a moment to float and let their emotions take them wherever it will.

Beverly Hills Magazine: Why is music such an important part of society and life?

Larry Mitchell: Music affects us on so many different levels. It has the power to touch people on a deep emotional level, and I think simply for that reason it’s a necessary part of life. People want to be moved emotionally, for their hearts to be opened and touched by a breathtaking sound that can stop them in their tracks, just to enjoy the pleasure of the sound.

Beverly Hills Magazine: What do you think are the most vital factors that make a musician successful?

Larry Mitchell: Today more than ever, the music industry is re-inventing itself so rapidly that artists now have so many more options available to them to promote and get their music out there. You can create your own music video and put it on YouTube, you can record your own songs and put them on ITunes. To be successful, I think it’s important you work with people you can trust and collaborate with. There’s a certain synergy that creates some the best music. When it comes to making money, think about it like this: If you want to make $100,000 a year…You’ll need 1,000 fans to spend $100 a year on you. That’s why you have albums, T-Shirts, and other merchandise that you use to promote yourself and your artist brand. Some people see success in the business as impossible to achieve, especially as an independent or new musician, but when you break it down to numbers, it can be pretty simple to reach financial levels that an artist will be happy with while still doing what they love, which is simply, playing music. Always remember, at the end of life, it’s going to be the things you didn’t do, not the things you did, that you’ll regret. So go for it, you can make your dreams come true. Opportunities are out there.

Become a fan of Larry Mitchell on Facebook and Twitter or visit his website www.LarryMitchell.com to listen to more of his music and to get his beautiful albums today.