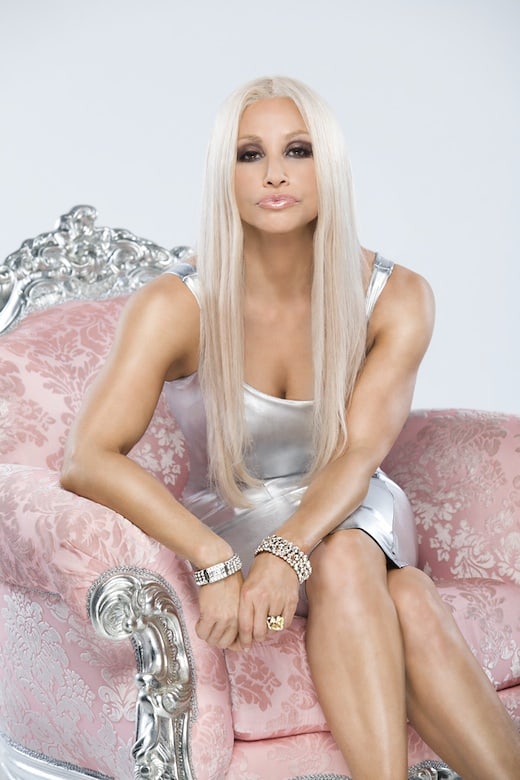 On October 4th the House of Versace premiered on Lifetime, the much anticipated biopic on the world famous designers life was well done and we think cast perfectly. The true life story of Fashion Icon, Gianni Versace and his fashion empire who after his murder is run by his sister the famous Donatella Versace.

The film was directed by Sara Sugarman, and stars Gina Gershon, Enrico Colantoni, Colm Feore, Donna Murphy, among others.

We want to commend Sugarman on a job well done. She was effectively able to convince the audience that Gina is the real Donatella, and convey the true emotions of what really went on behind the doors of the famous and adored fashion House of Versace.

Gina Gershon was absolutely shining in this role. There were moments when she was so believable in the role of Donatella Versace that we felt like we were really watching Donatella herself. Gina Gershon’s transformation was mesmerizing. She looks absolutely stunning as the charismatic sister of Versace himself, and she deserves much praise for her excellent performance.

Enrico Colantoni though his role was less in the limelight as dazzling Donatella  (Gershon) he was the perfect fit to play Gianni Versace, and has a natural and eerie resemblance to the real Gianni, that together Gershon and Colantoni truly brought the famous family figures to life in a very real, powerful, and emotional way.

We were surprised to learn of Allegra Versace’s standing position as the heir to the family fashion empire, and get the keen sense that she is going to blossom into a strong, powerful fashion icon in her own right who will have the ability to re-invent the Versace fashion brand with a new generation’s perspective and innovative style to ensure the legend of Gianni Versace lives on.