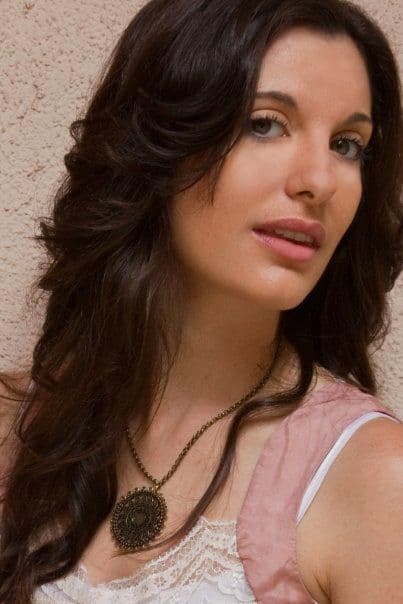 Jennifer McCann is a beautiful, young woman who has risen to a key position as Sr. Coordinator of Current Programming for TNT and TBS television networks. She is full of positive energy, ambition, and intelligence. We sat down with this hard-working network maven to learn more about her behind the scenes in the television world.

How did you get your current position with TBS/TNT?

Jennifer: I like to say luck dealt me a sweet hand. I got a phone call from a friend of mine who worked at the network. She said the assistant to the SVP of Current Programming was leaving. I needed to quit my job, right then, and come over as a temp. I was hesitant. I worked for two well-known executives who had given me my first job in Los Angeles. At that time, I was in a good place. However, I knew I wanted to be at a network and my gut told me this was a good move. Three months later, I was officially hired as an assistant. A year and a half after that, I was promoted to my current position as Sr. Coordinator.

How does it feel to be so successful at such a young age?

Jennifer: I am so excited about what I do and I feel like I have finally found where I belong. When I started at Turner, our creative team had about twelve shows that we oversaw in the Current Department. Now, we manage over twenty different shows. I have grown so much being at this network. Initially, I had basic assistant duties. Today, our team lets me provide feedback on some of our biggest shows. The mid and upper level executives in our department are the most thoughtful, clever, and generous group of people I have ever had the privilege of working with. It’s a really rewarding feeling to know I’ve earned their respect and have a voice amongst our small yet mighty team.  I’ve also realized that “success” in this business is not a sprint, it’s a marathon. Right now, I see this phase as mile marker #5 in a twenty three mile race. Thus far, every mile has brought a new adventure and a new achievement into my life.  I am very thankful for the great people who have taken the time to educate me on this business.  Any “success” I’ve gained wouldn’t have been possible without a few key people taking a shot in the dark on a no name from “the sticks”.

What inspired your interest in the entertainment world?

Jennifer: In my hometown of Covington, Georgia, they used to film the show In the Heat of the Night. When I was about seven, they were shooting at this bed & breakfast behind my house. I saw the grip trucks, the craft services set up, etc.  Naturally, I was curious so I wandered onto set, found a good seat, and sat quietly watching the spectacle. As it turns out, I was sitting in the director’s chair. I’m not sure whether he was fearful of liability issues if he shewed me away and I got hurt on set or just a nice guy. I will never know why but, for some reason, he let me stay. A short time later, he had me shouting out, “Action” & “Cut”, sitting behind the playback monitor asking if I liked the take…the whole nine yards. As most parents would, my mom came frantically looking for me and apologized for me interrupting the shoot. The director replied, “She’s not interrupting, she’s helping. I’m thinking of making her my new assistant”. From that moment on, there was nothing else that mattered to me. I was obsessed. All I wanted to do was be in entertainment.

So it seems some people are truly destined for Hollywood. From a young age, Jennifer McCann discovered her passion. She knew in her heart where she wanted to be and what she wanted to do.

What is your opinion of Hollywood?

Jennifer:  Hollywood is…hard. It’s also exciting, and intriguing, and creative, and even a bit more political than I would prefer…but, most importantly… it is exactly what it is supposed to be….one of the coolest businesses that exist. You have to know your place, but you also have to believe in your voice. And, if you play the game but stay true to your voice, it will take you far. When I first came to Los Angeles, a friend gave me a book by Bernie Brillstein called You’re No One in Hollywood Unless Someone Wants you Dead.  After reading it, I was a bit paralyzed.  What was I getting myself into?  Now, six years later, I am starting to understand the title of the book.  Some people, no matter how “good” you try to be, will still perceive you in a negative light.  It’s inevitable, but it’s also something that reminds me to stand my ground. “Hollywood” isn’t any different at its core than any other business.  There are the same 3 factors that help you advance: being proactive, timing, and luck. So far, these factors have lined up for me primarily because of those few key people I mentioned earlier.  What the future holds is a game of roulette and I look forward to playing.

Why are films and television an important part of society?

Jennifer:  Television is an American past time. It is a reflection of where we stand as a society and viewers look to us, as networks, for something refreshing and stimulating they can relate to or be captivated by. Because of that, we are helping to shape the American culture by providing quality entertainment that effects our viewers and that’s an extremely important job that we take great pride in at TNT and TBS.

You founded a women’s organization called Purple Heels Society, tell us more about that?

Jennifer: Purple Heels Society is a women’s group I created about three years ago designed to introduce the many like minded, hungry, creative women I have met over the past six years to one another in the name of a good deed.  Our group of roughly 100 members volunteer with different non-profits like Downtown Women’s Center, Wags & Walks, Champions Against Bullying, and The Leukemia & Lymphoma Society in an effort to give back to our communities and help our members preserve their humanistic qualities we feel are crucial to fueling creative aspirations.  Last year, our group raised about $15,000 for various causes and volunteered in 14 charity events across the Los Angeles area. We now have members in New York City, London, Stockholm, and Atlanta.  Our organic structure provides us with the flexibility to engage in any area our girls think needs our help. I am very proud of my ladies.  Their activism in the group is what keeps us progressing.  It’s so inspiring to see these women becoming friends, collaborating on work endeavors, and just really growing into even more beautiful, strong women.

Where did the name come from?  What makes this group so unique?

Jennifer: Every woman needs that one thing you put on that just assures you “you’ve got this” and purple is a bold color in fashion that usually makes a statement. So, I made a deal with my ladies. If you give me your time supporting our community, I will give you a pair of bad-ass shoes to always remind you that YOU are someone brave enough to go after what you want, accomplish great things, AND look fabulous while doing so.

She may have been born a small town girl, but Jennifer McCann has earned a place in the city.  She has made her dreams come true by landing a position as Sr. Coordinator of Current Programming at TNT and TBS networks. She clearly has a desire to prove herself, a willingness to pay her dues, and deserves every opportunity that comes her way. From her philanthropic endeavors to her passion for great television, she is the epitome of the modern-day woman: smart, driven, beautiful, and socially-conscious. We intend to keep our Hollywood Spotlight on this rising network executive as she continues to pass mile marker after mile marker on her career marathon in Hollywood.