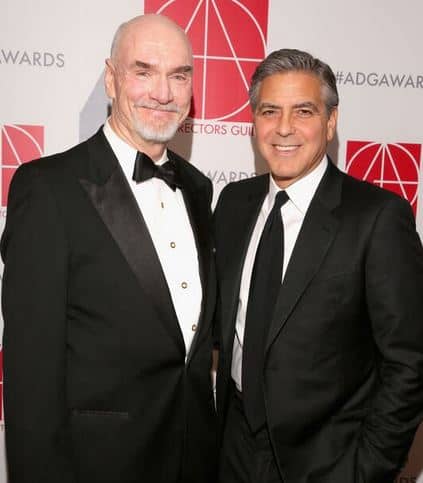 Every Hollywood blockbuster has famous names attached and large production budgets to ensure every detail is of the highest quality. But the real magic lies in the hands of the people who create the details. Meet James D. Bissell, truly one of Hollywood’s best production designers.

Production designers are responsible for the visual concept of a Hollywood film, television show or theatre production. They realize a design style for sets, locations, graphics, props, lighting, camera angles and costumes, while working closely with the director and producer. What is even more amazing, is they do it from nothing! Sometimes with no script in hand, they create the visual worlds of today’s biggest films we all come to love, from pure imagination.

Beverly Hills Magazine: When did you discover your talent for design?

James. D. Bissell:  When I was growing up my father was an engineer, and I was always exposed to building tools. So I began building models of ships and cars, and then I’d create battlefields. I learned that this was a way for me to understand what was going on. It was a visual comprehension experience for me and a way to relate to the world around me.

Beverly Hills Magazine: How do you prepare for a Hollywood project?

James D. Bissell: If there is a script, I’ll study that and determine where I feel the beats are and where the most potent images should be. I’ll make deductions as to whether or not I’m creating transitions within the film or an overall sense of style. Each project is different, of course, but it’s always about deciding what we have to create first, in the most timely and effective way.

Beverly Hills Magazine: What has been a favorite project to create of yours and why?

James D. Bissell: I really enjoyed Confessions of A Dangerous Mind with George Clooney. First of all, George is a great collaborator, very professional and always prepared. I had a lot of fun working with him. Though I thoroughly enjoyed creating this world within the mind of Chuck Barris because you never quite know what is reality or fantasy, and it’s a great challenge to build an interesting paradigm like that within a film.

Beverly Hills Magazine:  What do you think are the factors that make a Hollywood film successful?

James D. Bissell: When a film can beautifully marry the script with the subject materials with which it was produced, it is almost symphonic. A script may have an interesting idea, but when that idea is explored in its entirety in a film, it results in an excellent film. Like a brilliant diamond held in the light, where every facet and flaw is exposed, leaving no mystery remaining. That is how a film should be explored, and then discovered by its audience.

Beverly Hills Magazine: What advice would you give to aspiring Hollywood production designers?

James D. Bissell: Keep your eye open. It’s really important to develop your eye. Keep in mind, it’s not about objects or geographical spaces, it’s about images. It’s important to use drawing, sketching, shooting, and taking pictures to aid in your growth and skill development as a production designer. And of course, it’s all about light.

James D. Bissell has been production designer for some of the world’s most adored films from Steven Spielberg’s E.T. to Tom Cruise’s Mission Impossible series. His vast repertoire of design experience is a true testament to the depth of his soul and his innate ability to draw from his wealth of imagination within. He is a man to be honored in his own right, for sharing his wonderful talent with the world, and being the father of some of the most powerful images our eyes have ever seen.

Adapted by Charlie Kaufman from Chuck Barris’ “unauthorized autobiography,” CONFESSIONS OF A DANGEROUS MIND stars George Clooney, Julia Roberts, Drew Barrymore and Sam Rockwell. Barris, at the height of his career as a successful television game show producer (The Dating Game and The Gong Show), is approached by a shadowy operative who recruits him as a CIA operative and contract killer. Seduced by the glamour, excitement and danger of both worlds, Barris’ double life soon spirals out of control. The film’s unique visual treatment by Bissell brilliantly portrays the possibly unhinged mental state of the narrator and “hero” of the wild story.