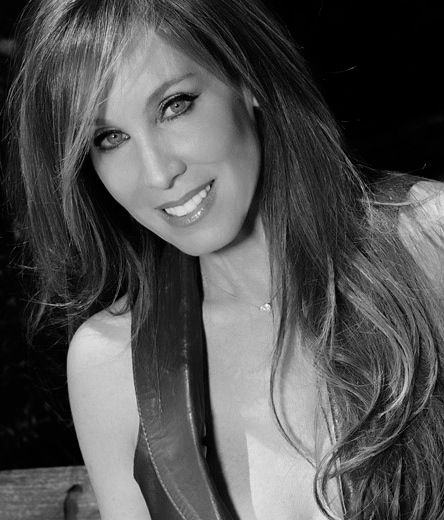 Hollywood’s elite is filled with black ties and Mr. this and that. It’s also got beautiful, strong and powerful women, who are taking charge in executive decision making, women like Cindy Cowan. We sat down with this true leading lady, as she takes us on her journey of success in Hollywood including her smashing success with the Oscar nominated film TRAFFIC, and so much more.

Cindy has proven that she has what it takes to be a Hollywood hot shot, and a beautiful one. Yet she still has bigger dreams in mind…

What are your current business objectives? Right now we are exploring some investor relationships to back the company where we will create 2-3 movies a year budgets ranging from $2million- $20million. We are very careful about the films we select, and we have very formulated guidelines for our films to ensure their success.

What do you think about the film business today? Studios are moving towards tent pole franchises and the independent world is getting more aggressive. Now, there are either $5million and under films or $80 million and up franchises, with semi commercial passion projects for A list actors, falling in between. Unfortunately, since a lot of movies are failing at the box office..there is a movement within the studio system, to only do projects which have a built in audience such as comic books, bestselling novels, or remakes.

What makes a good movie “good” and a bad movie “bad”? For me, the success of a film is based on the story. Even if you have the biggest names attached on screen or behind the camera, it doesn’t necessarily mean the film will be a success. If it’s not on the page, it’s not going to be on the screen, and that’s where the success is found.

What are the most vital factors that make a film successful? I think there are a few things. The first is the story. The second is that you have to know who your audience is. You have to know who will be interested in the film, whether its teenagers, Faith based, or Fan boys. Casting for the audience also plays an important part in the success. You want to bring people who the audience associates with or recognizes into the project, and this will help attract the audience.

What’s your opinion of Hollywood? Hollywood has been very good to me. Some say it’s an old boys’ network, and in ways it is, but I’ve had great success as a woman in the business. Some people are surprised to find a woman in an executive position, but I feel very lucky to be where I am, and I work hard because of it. Once the door is open and you prove yourself, there’s a healthy respect that comes with it.

What advice would you give to producers looking for success in the business? Figure out what you’re passionate about. If you’re not passionate about the story that you’re telling, it’s not going to work. You have to know and be prepared for a lot of hurdles in this business. There are a lot of reasons why films don’t get made from not being able to secure talent, too many producers attached, or problems with funding, but if it’s a passion of yours, most likely you will get it done. When you do, it’s very rewarding. I love it! There’s nothing better than telling a story and watching it come to the screen.

As well as film, Cowan is working on several television projects. She recently sold a scripted TV show to F/X that she created with Stephen Dorff and is Executive Producing. In addition, she is developing a scripted music based show with CBS and several reality shows including The Patti LaBelle Show.

Cindy Cowan has a calm confidence about her; she’s comfortable with her success and clear about her objectives. She is a smart, beautiful and intuitively gifted woman who is one of the most successful producers in Hollywood.