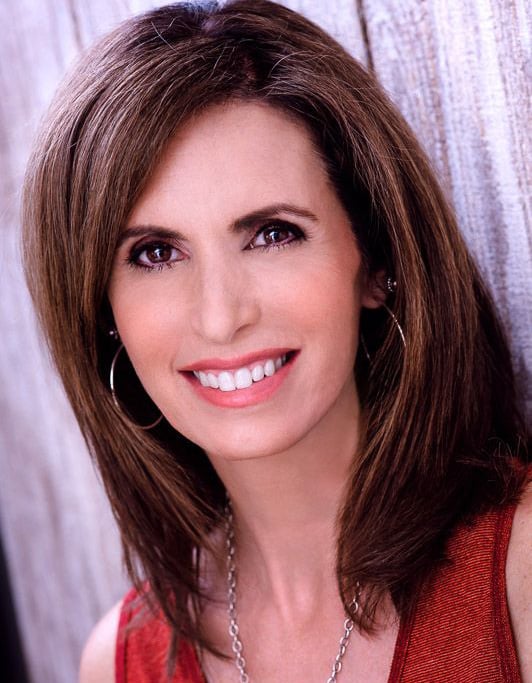 What do Jennifer Aniston, Miley Cyrus, Jonah Hill, Megan Hilty, Selena Gomez and Mariska Hargitay all have in common?

They were all cast, or discovered by veteran casting director Lisa London, some of whose casting credits include: Jennifer Aniston in her first film Leprechaun, Miley Cyrus in the pilot of Hannah Montana, Jonah Hill in Grandma’s Boy, Emma Stone and Katharine McPhee in House Bunny, and she cast the first Ellen DeGeneres TV series, Ellen. London has found future stars for more than two decades as principal of London/Stroud Casting, working on over 50 television shows, movies and pilots.

Tell us more about what you do? “I have been casting television shows, pilots, and movies with my partner, Catherine Stroud for the past twenty years. We have helped to catapult the careers of such stars as: Miley Cyrus, Jonah Hill, Emma Stone, Selena Gomez, Megan Hilty, Mark Ruffalo, Katharine McPhee, and Ryan Phillippe, among many others. It is been such a joy in my life to help find new talent, nurture them along and watch as these people take on new roles and become an inspiration to others.”

Her book, From Start to Stardom: The Casting Director’s Guide for Aspiring Actors, is a step-by-step guide for aspiring actors and their parents. London writes about how children, teens, and young adults with an interest in Hollywood careers can get started and the key to having the best shot at stardom. She lays out what you need to know about what makes for an effective headshot, how to find and work with an agent and/or manager, how to get auditions, and what to do, and not to do to get cast. She also reveals details and insider secrets about what happens behind casting directors’ closed doors.

“Best book ever! There’s so much to learn when getting started in Hollywood, and this book is smart, concise and very insightful! A true must-have for every parent and actor.” – Tish Cyrus (Miley’s mom)

How does one become a successful casting director? “You really have to have an eye for talent. There’s a certain knowingness and an ability to perceive and recognize talent. My father is Jerry London, he directed such television projects as, Hogan’s Heroes, The Partridge Family, Happy Days, The Mary Tyler Moore Show, The Six Million Dollar Man, The Rockford Files and many movies of the week including, The Scarlett and The Black with Gregory Peck, Christopher Plummer and Sir John Gielgud. Mini-series such as Wheels with Rock Hudson and Lee Remick, Chiefs with Charlton Heston, Keith Carradine, Danny Glover, and Stephen Collins and Shogun with Richard Chamberlain (who was the heartthrob of the times). He is the King of television and mini-series. I traveled the world with him and was surrounded by the biggest stars at that time, so I got to know them and that experience gave me insight into actors which made it natural for me to see the same qualities in up and coming stars.”

What’s the most important thing for actors to know? “You have to persist. There’s a lot of rejection and a lot of no’s in Hollywood. You have to keep moving forward and know that your next opportunity, even if it’s your thousandth audition, it could be the one that changes your career.”

What makes an actor successful? “Their passion and drive to succeed in this business as well as their charisma and personality play a big part in an actor’s success. Charisma is huge! I cast Jonah Hill and Miley Cyrus based on their personality, charisma, and talent. It’s called the “It” factor. And I know it when I see it.”

What inspired you to write From Start to Stardom? “I wrote the book, because I love seeing new actors succeed, and because so many people over the years have asked me questions about helping their children, even college grads have asked me how to get into movies and television. I went to my good friend Rochell Goodrich and she loved the idea! So we went to work on it. Drawing on years of casting experience, I have a good understanding of the process and the pitfalls, and I hope my insights and observations can make the journey easier for aspiring actors.”

Have you discovered your purpose in what you do? “Absolutely…When you cast somebody who goes on to become hugely successful, I know that I played a part in their success and that’s extremely rewarding. I cast Jennifer Aniston in her first feature film, as well as Emma Stone, Jonah Hill, and many more. I love what I do and I really like actors!”

From Start to Stardom includes interviews with some of today’s hottest teen stars, leading managers and agents, photographers and directors, as well as sample acting resumes, and practical, actionable advice for aspiring actors and their parents. Buy it now on Amazon or at the Samuel French bookstore in Los Angeles.

“I wish this book was available when I graduated from college and started auditioning. It’s so great to hear this advice from a casting director’s perspective. And Lisa is the best! I should know, she gave me my first TV job, and we’ve been friends ever since!”- Megan Hilty (Sean Saves The World, Smash and Broadway musical Wicked)

ABOUT LISA LONDON
Daughter of one of Hollywood’s most successful TV directors, Jerry London, Lisa London grew up on her father’s sets, experiencing the demands of directing and acting first-hand. She has worked with major studios and networks, including Sony Pictures, 20th Century Fox, Happy Madison Productions, Disney Channel, Nickelodeon, VH1 and many more. Learn more about London Stroud Casting .