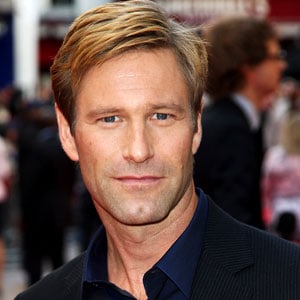 Golden Globe nominee Aaron Eckhart (OLYMPUS HAS FALLEN, THE DARK KNIGHT, THANK YOU FOR SMOKING) will star in the psychological thriller FADE OUT, to be directed by Robert Salerno, award-winning producer of Alejandro González Iñárritu’s 21 GRAMS, Tom Ford’s A SINGLE MAN, Lynne Ramsay’s WE NEED TO TALK ABOUT KEVIN and ARBITRAGE starring Richard Gere, it was announced today by producers Anthony Bregman from Likely Story (ENOUGH SAID, upcoming CAN A SONG SAVE YOUR LIFE?, ETERNAL SUNSHINE OF THE SPOTLESS MIND) and Naomi Despres from Artina Films (KILL THE MESSENGER, HIGH CRIMES).

Recovering from a nervous breakdown, screenwriter Jim Connelly (Eckhart) spends his days in a tropical beachfront villa being cared for by his glamorous wife Anne. He starts writing a new screenplay about a jealous husband who murders his unfaithful wife, but his intense paranoia and hallucinations cause fiction and reality to blur.  As the events in Jim’s screenplay appear to materialize, he becomes a suspect in his own wife’s disappearance and must outrun the police as he pieces together the puzzle seemingly designed by his very own mind.

Currently in pre-production, principal photography on the film will commence in mid-February 2014 in Puerto Rico.

The Solution Entertainment Group’s (“The Solution”) Lisa Wilson and Myles Nestel will executive produce alongside John Penotti and Tim Williams.

The Solution will represent international rights and will introduce the project to buyers at the American Film Market this week.  Producers are currently handling US rights.

“FADE OUT is as irresistible as a potent Caribbean cocktail: a twisted mind-bending thriller set in a sun-soaked beach town — from a smart script full of surprising twists, and with true artists in front of and behind the camera,” said Anthony Bregman.

“Aaron is a versatile actor who has shown immense range across his performances and is the perfect actor to bring the character to life in this Hitchcockian thriller. We’re delighted to be partnering with Bob Salerno on his directorial debut and debuting the project at AFM,” said Lisa Wilson and Myles Nestel.

Aaron Eckhart was seen earlier this year in FilmDistrict’s OYMPUS HAS FALLEN opposite Gerard Butler and Morgan Freeman, which earned over $160 million worldwide. His other film credits include the role of Harvey Dent in Christopher Nolan’s THE DARK KNIGHT, ERIN BROCKOVICH, RABBIT HOLE, BATTLE: LOS ANGELES and THANK YOU FOR SMOKING, which earned him a Golden Globe nomination. He is currently shooting the lead in INCARNATE produced by Jason Blum, and will next be seen starring in Lionsgate’s 3D IMAX action thriller I, FRANKENSTEIN opposite Bill Nighy, set for release in January 2014. Eckhart is repped by CAA and Hirsch Wallerstein Hayum Matlof + Fishman.

Michael Cristofer is a veteran playwright, screenwriter and director who holds both a Writers Guild and Directors Guild Award for his work on such films as ORIGINAL SIN with Angelina Jolie and Antonio Banderas, CASANOVA with Heath Ledger, FALLING IN LOVE with Robert De Niro and Meryl Streep, GEORGIA O’KEEFFE with Joan Allen, and many others including GIA which introduced Jolie. He is currently developing a mini-series on the life of Catherine the Great for ABC and will be directing his own screenplay, THE NIGHT CLERK, next summer.

Artina Films is an independent film production company, established in 2005 by Robert Salerno and Naomi Despres. Artina Films has produced more than a dozen films, including A SINGLE MAN, ARBITRAGE, WE NEED TO TALK ABOUT KEVIN, THE ENGLISH TEACHER, CHAPTER 27, and DELIRIOUS.

ABOUT THE SOLUTION ENTERTAINMENT GROUP