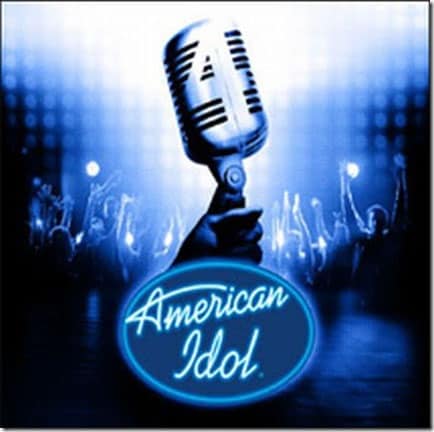 Why It Can Make You Rich and Famous

Whether it’s a chance to watch celebrities, listen to Simon’s criticism, scrutinize Nicki’s loud dressing or get a chance to watch America’s hidden talent; American Idol has it all! This long-running show has produced several rich and famous celebrities, most of whom were living dull lives before this entertainment show made them pop stars and put them in the league of rich and famous.

The show was created on a similar concept viewed on the British pop show ‘Pop Idol’.  Despite facing failure in the initial stages, American Idol grew into a Hollywood phenomenon by 2004.

It has been described as the most impactful show in the history of television and has launched the career of many artists as Hollywood pop stars such as Kelly Clarkson, Chris Daughtry and David Cook.   There have been many memorable performances which will not be forgotten regardless of the contestant winning or not winning the contest.

The most memorable ones which displayed the greatest combination of tremendous talent, showmanship and creativity are listed below. These prove that if you work hard and have the entertainment factor in you then you can be rich and famous with the help of this popular show.

David Cook, who was the ultimate winner of seventh season of American Idol, was one of the major contenders all along the way.  It was his performance of Michael Jackson’s classic “Billie Jean” that marked the moment when Cook stepped away from the pack. This version of the song was inspired from a recording by former Sound Garden leader Chris Cornell. Today this man enjoys great fame and is a well-recognized celebrity.

Haley Reinhart – “I (Who Have Nothing)”

Haley Reinhart had battled to make it to the final three in season 10. Guest mentor Lady Gaga suggested that she gets a little “psycho” and throws a little Edith Piaf into her performance by taking a dramatic breath. The advice was taken and Haley Reinhart turned a creaky old-fashioned song into the most dramatic moment of the season that took him to great heights of stardom.

It was well know that Adam Lambert knew how to deliver a flamboyant high energy performance.  He changed things around in season eight by performing Tears for Fears’ classic “Mad World”; it was the vehicle for dropping the tempo while not losing a bit of drama. This was amongst the most outstanding performances delivered by an American Idol contestant to prove their range to any skeptics at home.

Clay Aiken has a wondrous voice.  When this celebrity was interviewed by People magazine, Aiken who was a season two runner-up said “I looked like Opie.” His performance of the infamous “Bridge over Troubled Water” a Simon & Garfunkel classic ascertains that looks can indeed be deceiving.

During the first season it was obvious that Kelly Clarkson could deliver soul. Multiple Aretha Franklin classics had been performed by her in the show. One fine day, she took the stage in a black and white polka dot dress to deliver a big band tune that made us realize we would soon get to know this versatile artist a lot better. Today she is among the most loved pop stars in the Hollywood music industry.

Along with Bo Bice, Constantine Maroulis was one of season four’s two rockers among the finalists. Upon finishing sixth, the audiences and judges were instantly connected to his performance of Queen’s classic “Bohemian Rhapsody”.

If you think you have it in you then you should also be applying for this show. It has created Hollywood music superstars and you could be next.