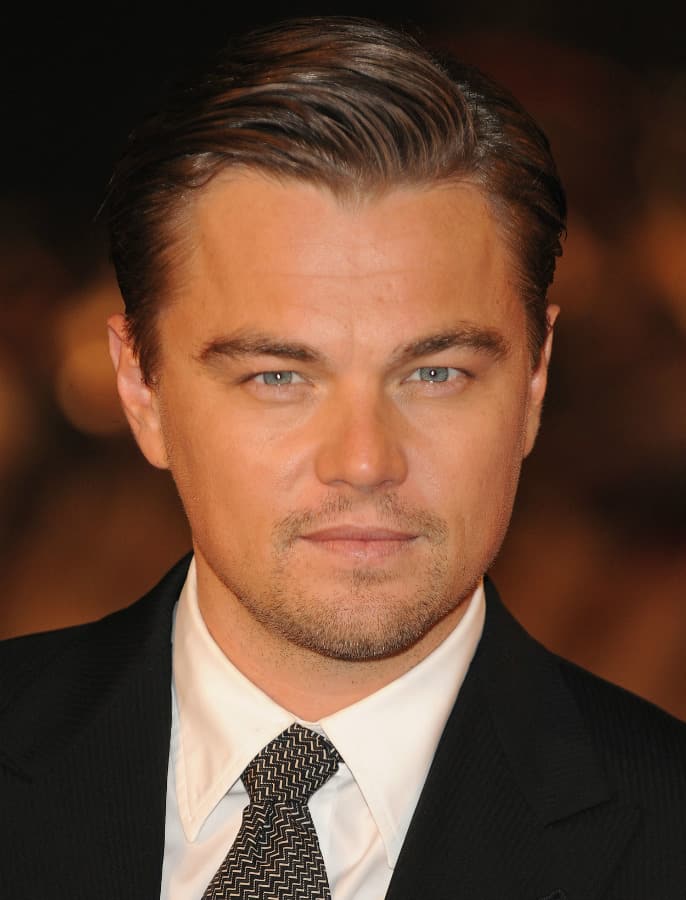 From his first acting job, Leonardo DiCaprio proved he was going to be a formidable addition to the Hollywood ranks. We have watched his career transform from playing an angst-filled teenager to a hardened frontiersman. And so, with today’s Hollywood Spotlight, we recognize this famous star and his fantastic career.  (Image Credit: Solarpix / PR Photos)

Leonardo DiCaprio’s first major role was in the television series Parenthood (1990-1991). Based on the successful movie of the same name, the show focused on four generations of a family. The sitcom only ran for 12 episodes but young Leonardo DiCaprio impressed many with his performance. In fact, he even received a Young Artist Award Nomination.

Immediately after Parenthood’s end, the young actor landed a spot in the final season of a show that had already proven its mettle as a Hollywood hit. Cast as a homeless child, who lives with the Seaver family in Growing Pains (1991-1992), again the actor dazzled. And he earned himself his second Young Artist Award Nomination.

On the Big Screen

While we saw great promise in Leonardo DiCaprio’s television performances, we couldn’t really grasp the scope of his talent until he started acting in movies. But that awareness came quite early in his career as well. Cast as an intellectually-challenged teenager opposite Johnny Depp and Juliette Lewis in What’s Eating Gilbert Grape? (1993), this role was unlike anything the actor had ever played. True to his craft, the star researched the mannerisms he would need to make his turn believable. And, in that, he was successful. So successful, in fact, that he earned his first Oscar nod, as well as a Golden Globe nomination.

In 1997, Leonardo DiCaprio starred in Titanic, a movie that would change his life forever. His turn as Jack Dawson in the romantic/disaster film catapulted the actor to teen heartthrob status. Young female audiences adored not only the character but the actor himself. Despite the movie’s commercial success and the large number of award nominations it garnered, the actor was not recognized by the Academy, a perceived oversight that enraged his new fans.

While audiences were enamored with the celebrity, critics saw Leonardo DiCaprio’s deeper talents and were waiting for him to have the opportunity to show them off. And two of his movies in the early 2000’s did just that. First, his delightful turn as a young con man in Steven Spielberg’s Catch Me If You Can with Tom Hanks contributed to the movie’s commercial success. In fact, it was one of 2002’s highest grossing films. Critics lauded Leonardo DiCaprio’s performance. And he also garnered a Golden Globe nod.

Then in 2004, the famous celebrity headed the all-star cast of The Aviator, a biopic about Howard Hughes. Critics and audiences alike loved not only the film itself but the authentic performance given by the star. The movie earned a slew of award nominations including the first Academy Award Best Actor nod for Leonardo DiCaprio. Though he did not win the Oscar, he did win Best Actor at the Golden Globes.

Leonardo DiCaprio went on to earn himself nominations from the Academy for his part in Blood Diamond (2006) and The Wolf of Wall Street (2013). He did not pick up the win for either. But after years of Academy Award nominations, the extraordinary star finally added an Oscar statue to his trophy case in 2016 for his role in The Revenant. Although he was up against some other Hollywood heavy-hitters like Matt Damon and Bryan Cranston, Leonardo DiCaprio was the favorite to win. After all, the method actor’s performance in the western was extreme.

The weather was harrowing during filming. In fact, temperatures often sunk to -40F degrees! The vegetarian celebrity also ate a raw bison liver. But most notably, the star did not have many lines as a fur-trapper in the movie. Instead, his acting relied heavily on his ability to portray his character with body language and facial expression. Impressive!

Early in his career, this environmentally-minded celebrity created The Leonardo DiCaprio Foundation. This non-profit organization supports all facets of the world’s ecology. It has awarded millions of dollars and funded hundreds of organizations all with the hope of protecting the earth and its inhabitants.

He is currently serving a prestigious term as a United Nations Messenger of Peace. Ever-passionate about climate change, the star has firmly addressed the United Nations multiple times about the topic. Each time, he vehemently urged countries to take active steps to reduce and remove the use of fossil fuels.

Beyond encouraging others to lead environmentally-conscious lives, this celebrity practices what he preaches. He was one of the first Hollywood stars to own a hybrid automobile. He has a residence in a sustainable building. And he actively promotes veganism and invests in vegan companies.

This famous celebrity has an intriguing new movie in the pipeline. Once Upon a Time In Hollywood will hit theaters on July 26, 2019. This Quentin Tarantino mystery crime movie tells the story of two friends’ return to Hollywood intertwined with a fictional account of the Manson Family murder of Sharon Tate. And Leonardo DiCaprio is not the only star in this movie. Brad Pitt and Margo Robbie are also part of the cast! Buy those tickets early. This film won’t be one to miss!