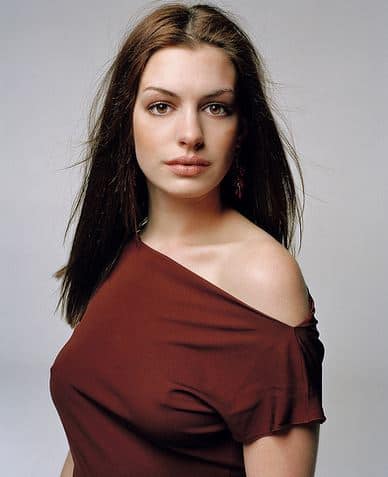 Celebrity of the Week: Anne Hathaway

The beautiful Anne Hathaway has made it to our Hollywood Star of the Week list because of her versatility, talent, and admirable climb to the top ranks as a leading Hollywood actress.

Anne Hathaway exudes an understated sexuality with an innocence about her that makes her likeable and relatable to female audiences and attractive to male audiences. She’s adorable and charming, and most find her irresistible to watch because of her sweet demeanor and pure talent. She connects to her characters in a powerful way that gives valid reason to her rising success in Hollywood. She deserves all the more attention for her ability to charm audiences worldwide and keep a sweet smile on her face all the while. This quality about her makes her one of the most likable celebrities on the red carpet. Anne Hathaway is a true Hollywood star in every sense of the word; she’s smart, she’s beautiful, and she is earning powerful roles by commanding the screen. We are proud to call her our new Star of the Week.

Listen to Anne Hathaway Sing In Her Role in Les Misérables in Which She Won an Oscar for Best Supporting Actress: