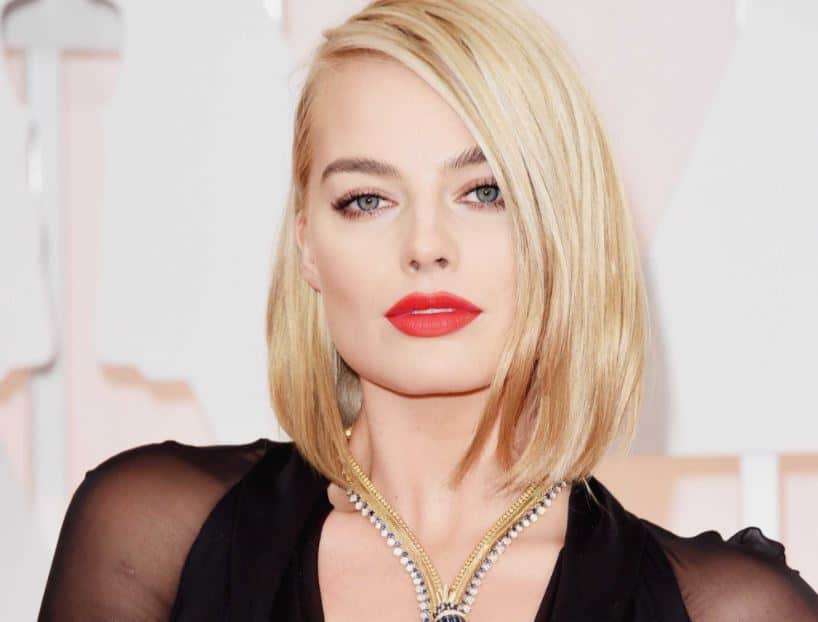 Celebrity of the Week: Margot Robbie

Our new Hollywood star has earned her rightful place as our Celebrity of the week, the one and only sultry, sassy, and talented Margot Robbie. It’s hard to believe that this bombshell was unknown to Hollywood until about 2011, because she almost immediately skyrocketed into the ranks of the celebrity elite. Margot was born in Australia and began acting professionally when she was seventeen, appearing in a few movies and TV shows Down Under. In 2011, she was a series regular on the short lived Pan-Am, with Christina Ricci. (Image Credit: Jason Merritt/Getty Images)

Two short years later, Margot Robbie has become a household name when she starred with Leonardo DiCaprio in The Wolf of Wall Street (2013). Praised by critics for her performance – and Brooklyn accent in the movie, Margot’s career has only been soaring. She and Will Smith starred in Focus (2015), and even though the film got mixed reviews, critics agreed that Margot shone. Margot continued wowing audiences and critics in Z for Zachariah (2015), Suite Française (2015), and even did a cameo as herself in The Big Short (2015).

2016 was a landmark year for Margot. She appeared in Whiskey Tango Foxtrot (2016) with Tina Fey, played Jane in Tarzan (2016), and of course, rocked the iconic role of Harley Quinn in Suicide Squad (2016), reuniting with Will Smith. She also became the face of Calvin Klein’s Deep Euphoria fragrance.

At the young age of 26, she has already accomplished more than many celebrities and shows absolutely no sign of stopping!

Images Courtesy of The Academy Of Motion Picture Arts & Sciences 2015.