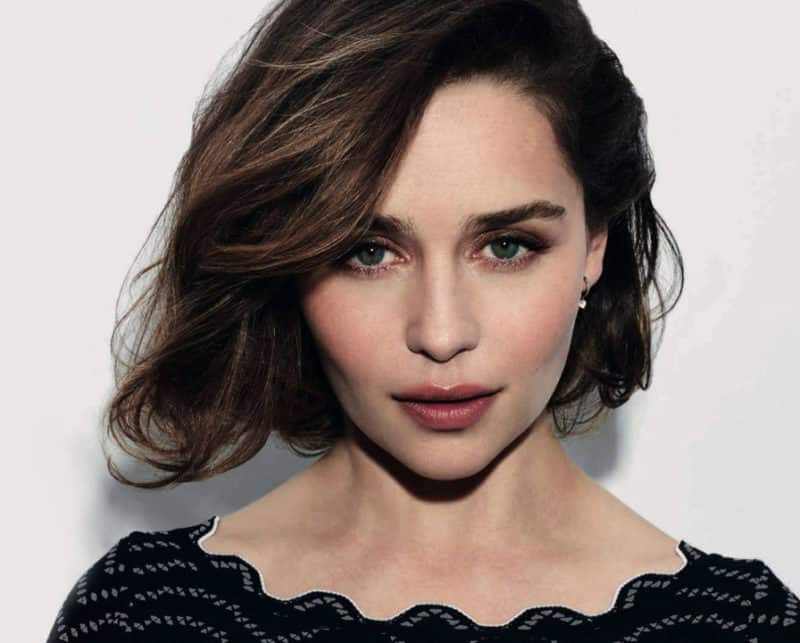 Celebrity Of The Week: Emilia Clarke

Our newest celebrity of the week is Emilia Clarke. The ever elegant Emilia first came to the notice of Hollywood and the rest of America as she soared into the small screen as Daenerys Targaryen, the Mother of Dragons, on the hit HBO show, Game of Thrones. After stealing our hearts as Louisa Clark in Me Before You, opposite Sam Claflin of The Hunger Games fame, she solidified her movie star status. While it is no doubt this beautiful brunette can turn some heads (That’s right GoT fans! She’s really got brown locks!), in 2015, Esquire Magazine named her the Sexiest Woman Alive. (Image Source: StarWars.com)

In between filming seasons of Game of Thrones, this multi-talented celebrity did a turn on Broadway as Holly Golightly in Breakfast at Tiffany’s. Not only did it give her a chance to be on stage but she got to show off her beautiful singing voice. A talented musician, she can also play the piano, guitar and flute. As a child, Ms. Clarke considered a career in music but decided she loved acting more. This choice was Hollywood’s gain!

It seems as Hollywood is falling in love with Ms. Clarke, so too, is she falling in love with Hollywood. In 2016, she purchased a home in L.A. Being bicontinental is a great idea as she will be gracing both the television and movie screens this year. Not only will she be filming the epic, two season finale of Game of Thrones, she will become part of another legendary series next year as the female lead in the, as yet untitled, Hans Solo movie. Becoming a member of the Star Wars franchise will assure us that Emilia has achieved ultimate fandom celebrity status. Winter may be coming, but with hope, Ms. Clarke will be with us long after.