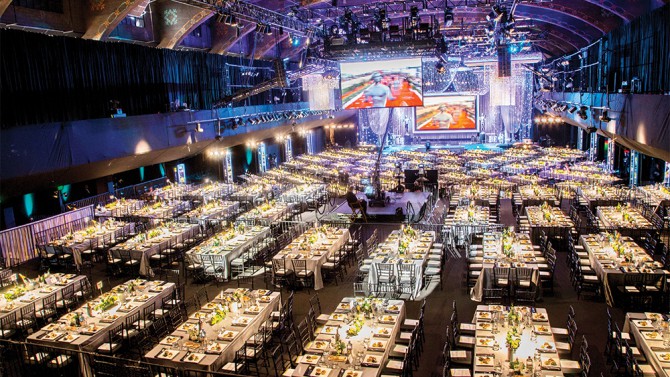 Hollywood SAG Awards By The Numbers

The style and décor of the 23rd Annual Screen Actors Guild Awards® looks optimistically into the future using cherished elements of the theater’s historic vernacular. Miles of polished chain strands hang behind the stage with linear perfection, punctuated by dozens of fully controllable small LED lights, yet they’re carefully designed in waves that echo the shape of cinema’s Golden Age velvet curtains. A giant screen is the center of attention, as expected, but ultra-high-resolution digital technology takes the place of projectors and xenon arc lamps. Adding to the drama, the stage is illuminated in an ever-changing gallery of captured and reflected lighting imagery. Throughout the venue, from the chandeliers to the table settings, the ornate gilt of years gone past is translated into a subtle modern interplay of silver and light.

This sophisticated design sets the tone for this year’s SAG Awards®, an event that embodies culture, style and community for attendees and audiences alike. That welcoming atmosphere makes it easy to forget that everything here is on a larger-than-life scale.

How large a scale? Here are just a few of the numbers and other fun facts that go into transforming the huge empty space that is the Shrine Exposition Center into the dazzling event that is the 23rd Annual Screen Actors Guild Awards.

Guests walk past international media and fans along 17,100 square feet of red carpet

There are 12,500 lineal feet of hedges used for edging

Attendees are shielded from the weather by 21,500 square feet of tenting that covers the red carpet

Since 1995, the 1st Annual SAG Awards, 952 Actor® statuettes have been awarded

Each statuette is individually numbered, with The Actor No. 1 on display at SAG-AFTRA headquarters in Los Angeles

Seven larger-than-life replicas of The Actor® statuette, each nearly ten feet tall and weighing 162 pounds, are strategically positioned as guardians of the red carpet, the Showroom, and the Post-Awards Gala

Each giant Actor is made from steel, shaped using a silicone and fiberglass mold before being refined and painted

The SAG Awards annually transforms the Shrine’s Expo Hall into an intimate dinner showroom for the televised ceremony and the Auditorium stage into a unique setting for the Post-Awards Gala hosted by People and the Entertainment Industry Foundation.

At 194 feet (59 meters) wide and 69 feet (21 meters) deep, the Shrine’s is thought to be the largest proscenium arch stage in the country.

In 1933, David O. Selznick’s groundbreaking King Kong used the Shrine as the “New York” theater where the giant gorilla gets exhibited, helping to keep the film’s budget down to $672,000 (under $12 million in 2017 dollars)

It takes at least four days to transform the Showroom for the SAG Awards, a feat made possible by months of pre-planning

Over 150,000 linear feet of chain (roughly 46,000 meters) – enough to stretch across the 30-Mile Studio Zone – are used to create the curtains and chandeliers

The stage floor is overlaid with 300 sheets, 4 foot by 4 foot each, of black glossy Formica

All SAG-AFTRA members in good standing are eligible to vote in all categories, which means 121,546 peers in the actors’ union choose the honorees this year

525 performers (350 for Film, 175 for Television) are nominated in Outstanding Action Performance by a Stunt Ensemble categories

About 300,000 pedestrians a day walk past the giant Spectacolor HD electric billboard in Times Square that will be showing the live webcast of the official People, EW & TNT’s SAG Awards® Red Carpet Live pre-show

The programming also will be seen on ten billboards in New York subway’s digital network.

The telecast is available internationally, including to U.S. military installations through the American Forces Network.

The Dinner, Catered by Wolfgang Puck

Among the culinary creations for the evening are: Green Tea Marinated Salmon with Bulgur Wheat, Tofu and Sweet Soy; and Spiced Chicken with Moroccan Couscous and Saffron Aioli. The preparations and recipes have an extensive list of the finest quality ingredients including:

The Flowers, by CJ Matsumoto & Sons

CJ Matsumoto & Sons is creating floral arrangements representing this year as a year of change, inspired by nature in its ever-evolving textures. Each is a simple garden setting — with a twist, created by tiny lights within the structure of the arrangements that play off the white floral, creating a varied spectrum of color. There are more than 300 individual arrangements, requiring countless bunches of white roses and:

Over 3,000 blossoms and blooms of cymbidium and dendrobium orchids

At least 1,000 stems of Star of Bethlehem

Over 900 stems of aspidistra

FIJI Water© is the Official Water of the SAG Awards, a role that includes:

1,500 custom FIJI Water Straws visible and in use along the entire red carpet

DOVE® Chocolate is providing generous quantities of its artisanal milk and dark chocolate DOVE® Promises to the Screen Actors Guild Awards. A lot of detail goes into being the No. 1 pure dark chocolate brand in the U.S., including factoids like:

The beans make a 5,000-mile journey from cocoa farmers in Cote d’Ivoire to be made into DOVE® chocolate

It takes 5 years for a cacao tree to bear fruit

As the Official Champagne of the SAG Awards, Champagne Taittinger is pouring:

Premium vintner Sterling Vineyards is the official provider of wine to the SAG Awards and the Post-Awards Gala, and it has chosen to serve four wine varietals.

5,880 glasses of luxury Sterling Vineyards wines are expected to be served throughout the evening

If all of the evening’s wine corks were laid end-to-end, they would run the length of the SAG Awards Red Carpet

Chopin Vodka and Clase Azul Tequila are offering four specially crafted cocktails at the Showroom bars and at the official Post-Awards Gala. These artisanal recipes require:

Thank You to the Following Information Sources:

The 23rd Annual Screen Actors Guild Awards® presented by SAG-AFTRA with Screen Actors Guild Awards, LLC will be produced by Avalon Harbor Entertainment, Inc. and will be simulcast live on TNT and TBS on Sunday, Jan. 29, 2017 at 8 p.m. (ET) / 5 p.m. (PT). TBS and TNT subscribers can also watch the SAG Awards live through the networks’ websites and mobile apps. In addition, TNT will present a primetime encore of the ceremony immediately following the live presentation. The telecast is available internationally, including to U.S. military installations through the American Forces Network.

One of the awards season’s premier events, the SAG Awards® annually celebrates the outstanding motion pictures and television performances from the previous calendar year. Of the top industry honors presented to actors, only the SAG Awards are selected entirely performers’ peers in SAG-AFTRA, which this year number 121,546. The SAG Awards was the first televised awards show to acknowledge the work of union members and the first to present awards to motion picture casts and television ensembles. For more information about the SAG Awards®, SAG-AFTRA, TNT and TBS, visit sagawards.org/about. 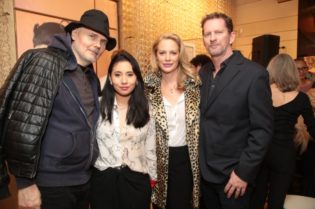 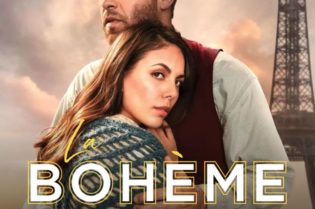