Celebrities deal with harassment all the time. Given their popularity, many people see them as their idols. This can lead some to go to extremes and uncomfortable lengths to reach them. The rich and famous also deal with other popular figures that can be a source of harassment as the worldwide movement MeToo has shown.

Harassment includes different types of discriminatory acts and physical assault such as sexual, verbal, and visual harassment. There are different ways that celebrities deal with harassment. And now movements around the world are fighting against it through a myriad of mediums. Here is how the rich and famous today protect themselves from harassment.  (Image Credit: by Markus Winkler/Pixabay)

Numerous celebrities have received death threats and experienced stalking cases from their fans or haters throughout the years. For security, many hire bodyguards to stay with them at all times or to stand near where they reside. It can be very difficult for these popular figures to go about their daily lives, especially if they feel threatened. In these cases, hiring a bodyguard becomes a must. Other ways include installing security cameras on the off chance that intruders lurk around their homes. These are watched by guards which can help fend them off. This is especially useful if the lurkers are paparazzi.

Speak To The Public

One of the things that many celebrities say they are grateful for is their direct communication with the mass public. When celebrities are harassed, they can either make a statement to the press, go on interviews to talk about their experience or speak directly on social media. Nowadays, famous personas are able to go live on social media platforms Facebook and Instagram to talk directly to the public and inform them how they have become uncomfortable with the way they have been spoken to.

Depending on the occupation of the popular figure, they can sometimes create harassment seminars addressing the issue. Some include famous CEOs of substantial enterprises such as Jeff Bezos and Mark Zuckerberg. When a CEO receives notice of someone who was harassed in the workplace, a seminar is conducted to create an understanding of what is deemed as harassment. Many businesses create these seminars to avoid any conflict. Moreover, they hold any employee liable if they do not follow the rules and regulations.

In some more extreme cases, lawyers must be involved to file a harassment claim. The rich and famous themselves have been accused of harassment in the workplace themselves. One of the most famous harassment cases against a celebrity was Harvey Weinstein which triggered the worldwide movement MeToo. In this case, the accuser and the accused both hire either a prosecutor or a defense attorney. These cases can go on for years, but some of them prompt other victims to speak up as well.

One way to deal with the effect that harassment has on a person’s self-worth either for the rich and famous or for a common citizen is to seek therapy. Harassment is difficult to handle and talking it out can be helpful to most victims. In one of her speeches, Michelle Obama has stated that “asking for help is always a sign of strength,” and many have followed in her path. Celebrities go through a lot with their busy and hectic lifestyles, so with the added pressure of harassment, this could really take a toll on their health. Seeking help from a therapist or psychiatrist is one of the ways that anyone can do to deal with traumatic experiences.

One of the most common ways celebrities have said they deal with verbal harassment is by quitting social media. In fact, cyberbullying and online harassment have seen an immeasurable rise over the past few years, and one of the biggest targets are celebrities. Given that they usually have public profiles for people to comment on and send messages to, it has become quite easy to write extremely rude comments. This occurs to all the rich and famous individuals who have social media as they usually have haters or fans who go to the extreme to get their icon’s attention.

The rich and famous are not different from people who lead lives under the radar. Many people are now being harassed for their looks, ethnicity, and statements. Harassment at work for celebrities is very common as well, and there are many ways they can handle it. Most celebrities, especially singers, have managers they can seek help from. Yet, when the case is too extreme,  speaking to the public is very effective as people can then see the effect harassment has on society and can work towards putting an end to this behavior. 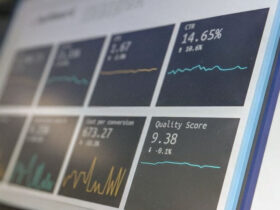 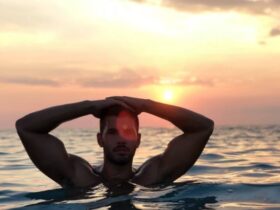