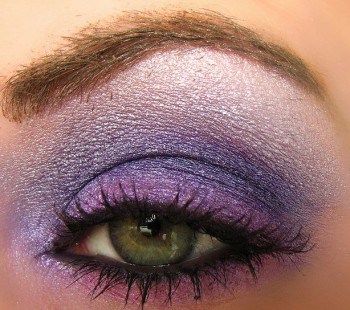 Celebrity big brother has started again. Doesn’t it feel like one finishes and the next one starts straight away? Some people debate whether the people in the house are actual celebrities. You’ll never find Brad Pitt in there, but you’ll definitely see one or two you recognize. Here’s what’s going on so far… (Image Credit)

The CBB producers have come under a little bit of fire since allowing Gail in the house. She has a history of mental issues, and people are worried the house may not be the best place for her. As she went in, she looked a little unsure but kept a smile on her face. Lots of luck to her!

Have they had the entire Loose Women cast in there yet? We’re not sure, but one pops up every year. This time it’s Sherrie Hewson. We’ll see if she gives her opinions out just as much in the house as she does on the TV.

Chris Ellison is an old ‘The Bill’ cast member. He has met Natasha before, although she doesn’t actually remember the meeting (even though it was before she was famous).

Ex Atomic Kitten member Natasha Hamilton has entered the house this year. Farrah Abraham has already branded her a liar!

You may remember James Hill from ‘The Apprentice’. After a few cock ups he was sent packing by Lord Sugar, and in some opinions was kept on for much longer than deserved for being entertaining. He didn’t play by the rules and we’re wondering if he will in here. He has already had arguments with Tila Tequila.

Stevi Ritchie and Chloe Jasmine gained popularity on the X factor. It wasn’t until the show was over they got together as a couple! They’ve openly discussed their sex life in the tabloids, and they are both a little bit eccentric. They should be an interesting watch.

Tila Tequila has already been kicked out of the house, much to the shock of the rest of the housemates. She was removed suddenly, and the housemates were gathered on the sofa to hear the news. They were simply told not to worry about her, and she had been removed for reasons outside of the house. Take a look at this article to find out why!

Although he is gay, Tila Tequila set her sights on Austin as soon as she saw him in the house.

Fatman Scoop is a music artist who will be recognized by young people watching the show.

Farrah has already had two arguments since entering the house. One with James for ‘looking at her’, and another with Natasha for saying she was a sore loser. Housemates are worried she may get violent. She must really want that prize celebrity money.

It seems CBB are collecting the Baldwins, so they’ve chucked another in this year. He wasn’t impressed with Tila’s nudity at the start!

Bobby Davro has just entered the house and there are already shocking stories in the paper.

Janice Dickinson describes herself as ‘the world’s first supermodel’. You may have watched her on America’s Next Top Model, giving her opinion on the potential. She is a very opinionated lady!

What do you think will kick off this year? Leave a comment!