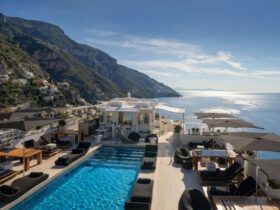 There is no degree that will turn you into a celebrity. It will surprise you to know that some of these celebrities have acquired degrees in some of the most challenging fields. Even if you can’t imagine this person working hard on writing a dissertation, it doesn’t mean that that wasn’t happened few years ago. (Image Credit: CSU)

The majors that these celebrities studied have nothing to do with their careers. It is also inspiring to note their scores in their college education. Some have gone one to acquire doctoral degrees without losing track of their celebrity life. Here is a look at some of the celebrities who studied tough college majors.

Eva is known for her role as a desperate housewife, but her academic credentials will prove otherwise. Eva is a graduate of Kinesiology from Texas A&M University, in Kingsville. The degree involves a study of how the body moves. She is passionate about education because she went on to enroll for her Masters at California State University where she graduated with a Masters in Chicano Studies. Her fans and the celebrity world are waiting for her doctoral graduation, considering her passion for education.

Danai is popular for kicking ass in The Walking Dead and later having played a significant role in Black Panther. Danai got into acting after sharpening her mind at Macalester College, where she graduated with a degree in Social Psychology. In her interview with Rolling Stone, she says that her main focus was the psychological influence that race had on gender, population, race, and other social functions. She can tell you about the impact of such factors on society. You can feel her brilliance in the delivery of her role on the screen. What she did in 2001 remains a great inspiration to people who want to pursue a career in acting.

Mayim starred in Big Bang Theory, and her role was a perfect fit for her intellect. She is as perfect and genius as they come. She epitomizes what celebrity pursuit for academic excellence should resemble. As one of the most educated celebrities, she has earned a PhD in Neuroscience. Her area of interest was an obsessive-compulsive disorder with a special focus on people with Prader Willi syndrome. She has also studied Hebrew and Jewish issued up to an advanced level. She is one of the most educated among her peers and is, therefore, highly regarded in the industry for her pursuit. The University of California in Los Angeles is proud to be associated with such a brilliant mind.

Will loves to make fun of his degree because he was one of the few graduates who acquired a degree in Sports Information from the University of South California before the program was discontinued. He graduated from the university in 1990 and would deliver the commencement speech in 2017, joking about the difficult course he had to pursue. Though he was saying it with a light touch, he points at a high drop-out rate that qualifies him to be the Navy Seal of USC. He considers himself a scholarly elite, and the brilliance can be traced to the prowess of his work.

There’s a lot of hidden in facts in Hugh’s biography. He was training hard to qualify for Olympics! His interest in the human body goes further on his degree in Anthropology and Archaeology from Cambridge. Maybe this is why he was so good in Dr. House, it’s connected to his interests. Actually, his academic experience includes studying in Eton and attended a coed preparatory Dragon School in Oxford.