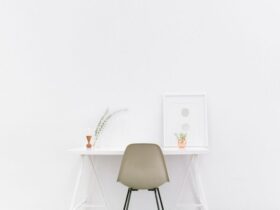 How to Live in a Minimalist Way

With the mission of preserving Salvador Dalí’s legacy, the Monterey History & Art Association: Salvador Dalí boasts one of the country’s largest private collections of the artist’s works. The collection, which was generously donated to the Association by the Piterman family, features over 580 pieces. These works include a range of lithographs, etchings, sculptures and tapestries.

As can be witnessed in the Monterey History & Art Association: Salvador Dalí collection and others, Dalí’s work frequently explored the unconscious realms, concentrating special attention on sexuality, religion, and science. Heavily influenced by the works of Freud, Dalí’s art exemplified the era’s Surrealist movement with its dream-like images, whimsical symbolism, and frequent references to the workings of the unconscious mind. According to the Monterey History & Art Association: Salvador Dalí, the following details the six artistic realms in which Dalí’s Surrealist work prove most influential.

Of his Surrealist pieces, Dalí’s paintings are undoubtedly among his most famous. His oil painting The Persistence of Memory, which depicts a dream-like landscape of melting clocks, is regarded by many as not only the most recognizable example of the artist’s work, but also the most iconic representation of Surrealism itself. Completed in 1931, the piece is commonly referenced in popular culture even in the modern day.

Additional works, including The Great Masturbator (1929), Dream Caused by Flight of a Bee Around a Pomegranate (1944), and The Burning Giraffe (1937) are other highly notable examples paintings which exemplify Dalí’s Surrealist style.

Aside from his painted pieces, Dalí’s body of work also constitutes a significant number of other graphic mediums. These range from book covers and posters to typographic experiments and other two-dimensional pieces. As with his oil paintings, Dalí’s graphic pieces play with dual images, often drawing on natural forms and organic shapes to elicit dream-like, yet somewhat mechanical figures. Many of the artist’s lithographs and tapestries, for example, can be viewed at the Monterey History & Art Association: Salvador Dalí.

From an incredibly young age, Dalí harbored an acute interest in both theater and film. As a child, he spent most Sundays at the theater, marveling at the wonders of imaginary worlds and fabricated drama. By the 1920s, Dalí had translated his love for theater into a passion for film, noting that the medium revealed, “the unlimited fantasy born of things themselves.”

During his studies in Madrid, Dalí became acquainted with a young Luis Buñuel, a Spanish-Mexican filmmaker who would later achieve fame both as a Surrealist filmmaker and director of successful commercial productions. Together, the two produced a short Surrealist film titled Un Chien Andalou, which redefined cinema’s role in the world of artistic expression.

As with Dalí’s Surrealist paintings and films, his sculptures (often referred to merely as “objects” due to their varying natures and many forms) frequently exhibited images of the female physique, references to sexuality, and whimsical manipulations of reality. Perhaps the most iconic examples of Dalí’s 3D Surrealist pieces include Lobster Telephone (1936) and Mae West Lips Sofa (1937), both of which would go on to be become some of the most popular objects of the entire Surrealist movement.

In the early 1970s, Dalí ventured into the world of industrial and commercial design, applying his artistic senses to a line of porcelain tableware. In 1969, he also designed the iconic Chupa Chups logo, which remains a prominent image in the company’s brand strategy even today. Other examples of Dalí’s sculptures can be viewed at the Monterey History & Art Association: Salvador Dalí.

The image features three cats, a chair, a stream of water, and Dalí himself all suspended in mid-air, as if falling. The iconic photo, which took 26 attempts and 6 full hours to achieve, redefined the possibilities of the medium of photography in a world that predated Photoshop and the other editing platforms which have now become commonplace. 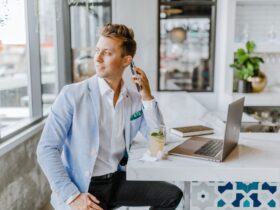