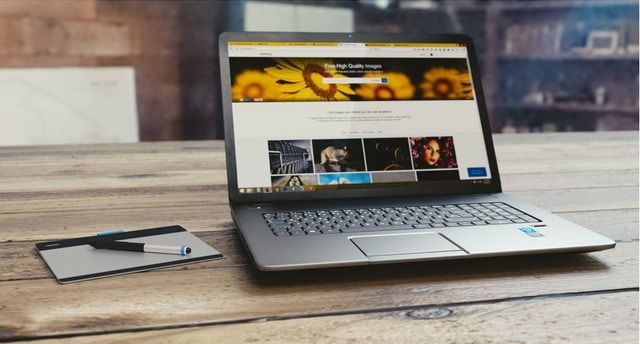 In America, sport is a language that is spoken amongst millions of enthusiasts. The culture behind sport in the United States of America is strong and has the power to unite people from all types of backgrounds, religions and ages. A young boy can sit and watch a football game with his Grandpa and it has the ability to seamlessly bring generations of people together as a bonding experience. Whether you have longed for a home basketball court for all of your life or you just can’t get enough of soccer on television, you would consider yourself a diehard sports fan. With so many sports present in America and the entire world today, it is very difficult to narrow it down to ten of the best ones. However, here is a list of what are supposed to be the hottest American sports of 2020. (Image Credit: Markus Spiske/Pexels)

The truth is, America wouldn’t be complete without basketball. It could be said that basketball on every level, both professional and school, is the most popular sport in the United States of America. We can’t make a nod to basketball without acknowledging the late Kobe Bryant, who truly made a huge impact on the sport during his time on court. Bryant has the ability to light a fire in American sports fans and he will definitely always be one of the most talented sportsmen America has ever seen. When you look at the NBA: 2010-2020 there is no denying that some of the greatest sportsmen in history showcased their talents during this time. This is why basketball has and always will be considered “the” sport that defines America.

There is no denying that the Super Bowl is one of the most watched sports events in the entire world, let alone in America. American football, which shouldn’t be confused with soccer has been one of the top sports in the country for years and years. The NFL is also a highly anticipated sport on the calendar as over five million people turned on their television sets to witness the draft last year. This figure increases every single year, so it’s safe to say that the nation’s love of the NFL isn’t going anywhere. Some of the most famous American football players of all time include Jerry Rice, Joe Montana and Tom Brady; these superstars still remain household names even though their football careers are no longer in action.

Soccer is a sport that has gradually grown in popularity in America. Soccer is also known as football in European countries and it is easily one of the most followed sports in the world. Sports fans in the United States of America got on board with soccer from the moment David Beckham came into the picture with LA Galaxy. This peaked interest amongst sports fan and the love of soccer in America grew and grew. Although soccer will have a tough job trying to compete the with nation’s favorite American football, viewers for the World Cup are rapidly increasing. The Women’s World Cup in 2019 received a record number of television viewers, which is even more than the Men’s World Cup received in the previous year!

One of the most popular sports in America has to be auto racing, not only because of the Indy 500 and the Daytona 500, but because NASCAR is one of the most well-known brands in the racing world. Understandably, there is something gripping, thrilling and addictive about watching races, especially for Americans. Although it is one of those sports that relies more on the cars than the actual drivers, it definitely attracts the attention of the sports fans who love a rush of adrenaline!

Patrick Kane, Brett Hull and Mike Modano are just some of the famous names that spring to mind when you mention hockey. In Canada, it is known as ice hockey and it one of the most popular sports ever over there. The appeal of ice hockey probably comes from the sheer skill it takes to play a difficult sport on a slippery surface. Not only do the players need to be highly technical with their sticks, they also need to move across the ice with great speed and maintain their balance. The team is also in charge of the entire game, rather than having a referee or umpire on the pitch. It is so fascinating to watch the players speed up the play, slow it down and shake things up a bit with the occasional aggressive fight!

One of the nation’s favorites has to be the beloved sport, baseball. Back in the 20th Century the popularity of baseball really started to show and the passion for the sport really hasn’t gone anywhere. Every household in America knows who Babe Ruth, Hank Aaron, Willie Mays and Jackie Robinson are; they are the most popular names in American Baseball to date. Let’s not forget how the New York Yankees are also known for their extreme baseball skills and popularity in the United States of America.

The most famous boxer in the world and the best of the best is Muhammed Ali, from the United States. He wasn’t just known for his boxing skills, he was also a much admired philanthropist that many sports fans looked up to. His unique skill and indisputable charisma definitely pushed boxing to the forefront of the minds of sports fans in America.

You have to thank the Williams sisters for putting American tennis on the map. Venus and Serena Williams are undoubtedly two of the greatest sportswomen to step onto the sports scene in the world, let alone America. Pete Sampras and Andre Agassi also made their mark in the tennis industry for America. The US Open still remains one of the top events on the sports calendar as more and more Americans tune in to watch it each year.

Golf in the United States of America is played by around twenty five million people, which makes up around 8% of the population. There is no denying that golf is incredibly popular across the country, especially as Tiger Woods is one of the greatest player to ever grace the green. Golf definitely deserves its place in the top ten sports in America and it doesn’t seem to be going anywhere either!

Whether you’re a basketball player in the making or a diehard soccer fan, there is no denying that America is home to some of the greatest sports in the world. Following and playing sport isn’t for everyone, but one thing that everyone can agree on is that American sport has the power to connect people on another level. It is safe to say that American citizens, tourists and global fans from afar definitely have so many amazing, impactful and thrilling sports to choose from.